A Friend of India 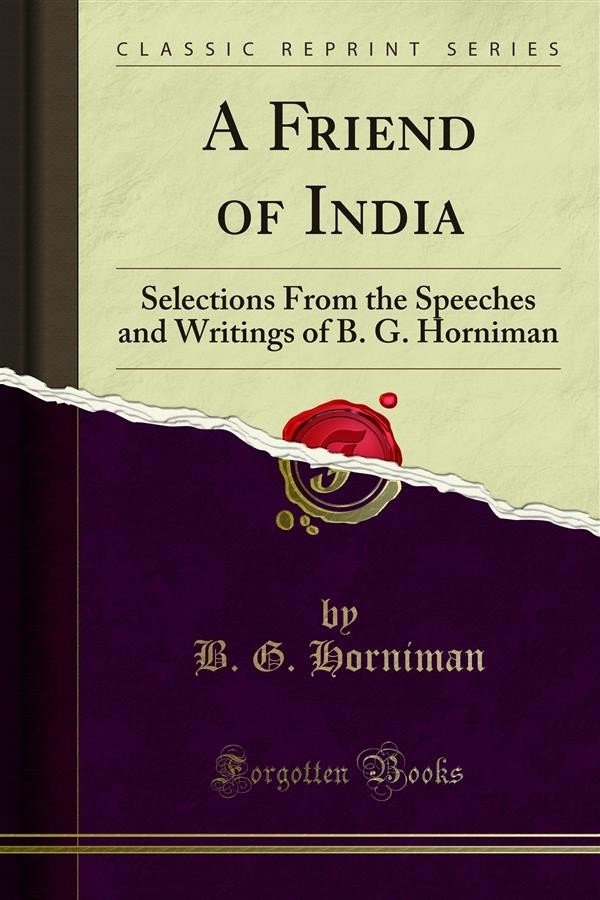 A Friend of India

Mr. B. G. Horniman, the author of the articles which are published in the present volume, is one of those all-too-few Englishmen who carry their British principles with them when they come to India and who keep them in the open air during the years of their stay in this land. The common places of liberty of speech, liberty of the pres, liberty of person unless deprived of it by the law - these, which in England are taken for granted as the inalienable Rights of the good citizen, are matters of grace in India, are held at the mercy of autocrats, little and big, white and brown, from the "Lat Saheb" enthroned in Simla, who issues lettres de cachet, down to the constable who takes toll of the coolies basket and cutt shim if he complains. But to Mr. Horniman these Rights are still Rights, and their effacement is a matter of constant pain. He feels, as though indicted on his own person, the wrongs suffered by the Indian, and with passionate insistence seeks to arouse in the injured the courage to assert their God-given manhood.<br><br>His paper, the Bombay Chronicle, in which many of the following articles appeared, has been warned, and threatened with divers penalties from time to time, but it has not swerved from the path of patriotic duty.<br><br>For such Englishmen there is always a place in the Indian hearts. And among those who have struggled for Indian freedom, the name of B. G. Horniman will ever shine. For this reason I am proud to have been asked to introduce this book to the public. Whether I agree with all it contains, I neither know nor care, for the value of a book depends on the sincerity, the knowledge, the equipment of the writer, and of the presence of these in our author I am sure.