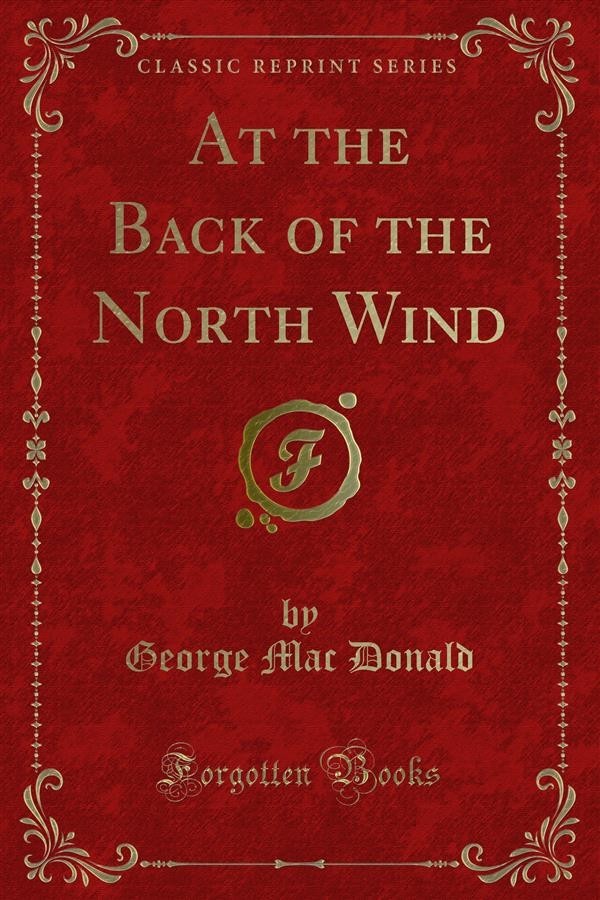 I Have been asked to tell you about the back of the North Wind. An old Greek writer mentions a people who lived there, and were so comfortable that they could not bear it any longer, and drowned themselves. My story is not the same as his. I do not think Herodotus had got the right account of the place. I am going to tell you how it fared with a boy who went there.<br><br>He lived in a low room over a coach-house; and that was not by any means at the back of the North Wind, as his mother very well knew. For one side of the room was built only of boards, and the boards were so old that you might run a penknife through into the north wind. And then let them settle between them which was the sharper! I know that when you pulled it out again the wind would be after it like a cat after a mouse, and you would know soon enough you were not at the back of the North Wind. Still, this room was not very cold, except when the north wind blew stronger than usual: the room I have to do with now was always cold, except in summer, when the sun took the matter into his own hands.