Editors I Have Known 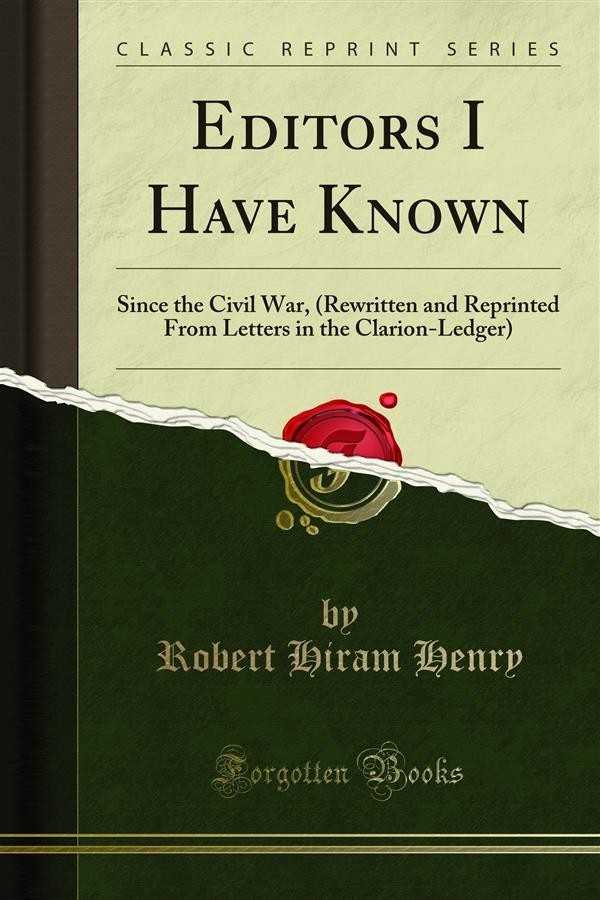 Editors I Have Known

I am writing these prefatory remarks with the full knowledge that the average reader generally skips the Preface, regarding it in the same light as the public does the "introducer," who tires his audience with extravagant praise and fulsome compliments to the speaker; though D'Israeli says "a preface is the attar of the author's roses."<br><br>Under the title, "Editors I have Known Since the Civil War," I have endeavored to tell, in an easy style and simple manner, the story of editors I have met and associated with, from my youth to mature years, covering a period of more than a half century.<br><br>In every instance I have tried to describe and picture them as I saw and knew them, giving some of their characteristics - their striking traits, their peculiarities and idiosyncracies - without regard to my personal feelings or social relations towards them, seeking to be just and fair to all, "Nothing extenuate, nor set down aught in malice."<br><br>My purpose has been to show favoritism to no one - to extol the virtues of no friend beyond his deserts, nor minimize the merits of those I did not admire.<br><br>The book must needs be largely autobiographical, as it begins with my first introduction into a printing office, and concludes with my retirement from the active duties of the editor's chair.