The Life and Pontificate of Pope Leo XIII 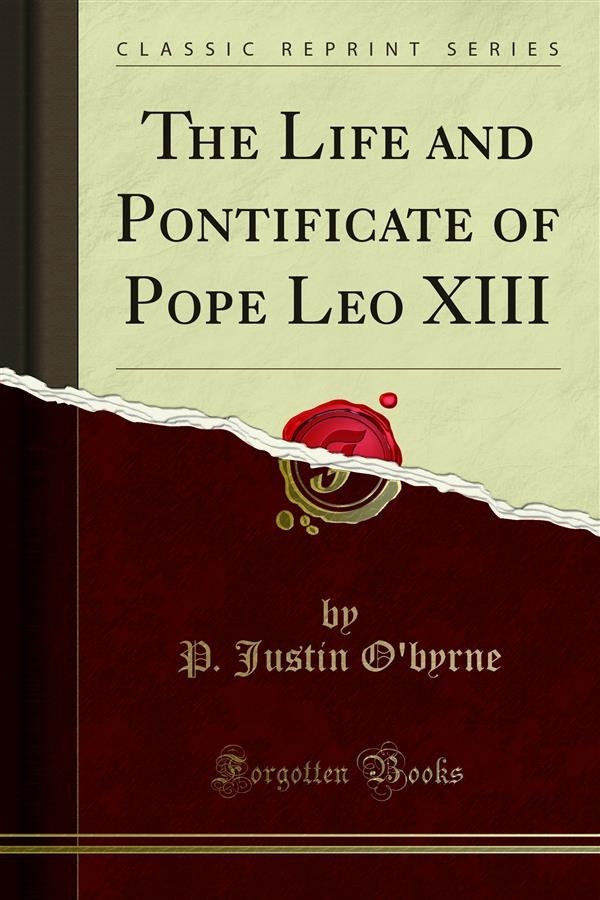 The Life and Pontificate of Pope Leo XIII

In offering this biography of Pope Leo XIII. to my perspective readers, I do not claim for it that it is a thoroughly exhaustive chronicle of a saintly and illustrious life. My object has been to give to the Catholic citizens of the Church throughout the English speaking world an informing presentment of one of the greatest of the Popes, and to embody, as far as may be done in mere words, a life picture of the Pontiff in his ministrations and of the man and his qualities in his relation to the affairs of the world, in which, perhaps, he exercised a more extensive and beneficent influence than any of his predecessors since the sixteenth century. It was not my intention to write either a panegyric of on an apologia for the life of Leo XIII. Addressed as this biography is primarily to Catholics, I hope that while it manifests a Catholic spirit, in its pages may be found some enlightenment for non-Catholic minds on the organisation of the Church itself and its mission to mankind. I can only say that every care has been taken to ensure accuracy in the relation if the events recorded; that for many details I am indebted to some who enjoyed the confidence of Leo XIII. and many recognised sources of authentic information. Though with many of the late Cardinal Manning's views on matters concerning the Papacy and the policy of the Church I was personally familiar, it is my pleasant duty to say that to the Cardinals biographer, Mr. E. Sheridan Purcell, I owe some of the published opinions of the second Archbishop of West-minster.