Bengal and Assam, Behar and Orissa 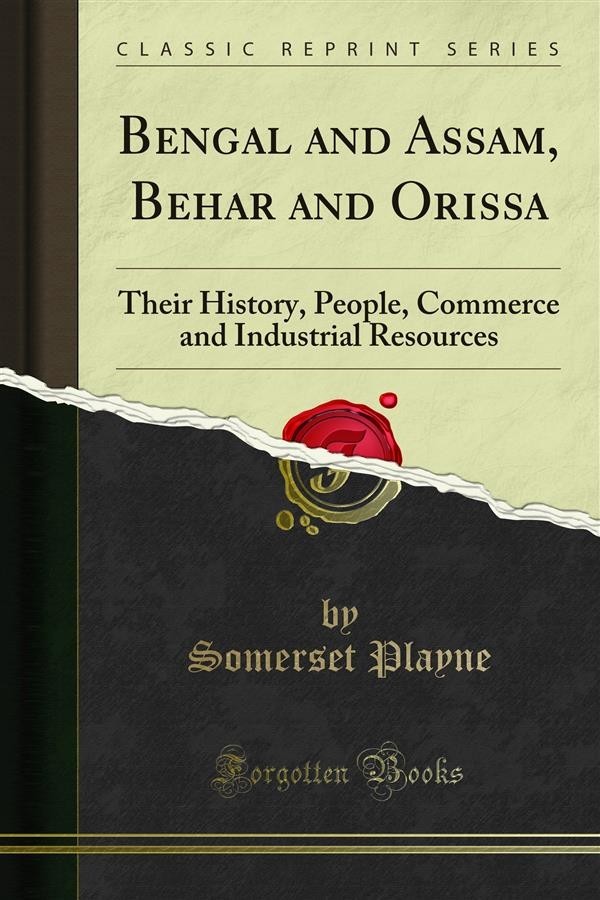 Bengal and Assam, Behar and Orissa

The issue of this volume to the public at the present juncture, when the problem of the future of the Empire is receiving the special attention of Imperial statesmen, calls for no apology. Never was there a time when the fullest information in regard to all component parts of the vast territories that owe allegiance to the British Crown was more needed; never was there an occasion which more insistently called for the production of the amplest material which may throw a light on the complex questions of commercial polity, the supreme importance of which has been so abundantly demonstrated in the Great War. We are at the parting of the ways in Imperial policy, and upon the decisions taken will depend the future destinies of all the great communities of the far-flung British possessions. As an aid to that thinking Imperially which is the first essential to a successful handling of the questions which are now clamouring for settlement, this volume may reasonably claim to have a distinct purpose. It is one of a series of publications commenced some years ago with the object of supplying the British public with a picture complete as far as literary and pictorial effort could make it of the several different parts of the Empire. In turn the compilers have prepared volumes dealing with British East Africa and Uganda, Cape Colony and the Orange Free State, New Zealand and Southern India, and now in this work they have essayed a survey of Bengal and Assam, Behar and Orissa.<br><br>In the present book, as in the companion volume dealing with Southern India, the aim kept in view has been to compile a work on broad and independent lines. While it embodies material of a character commonly associated with the admirable works issued from time to time under official auspices, it also embraces literary and popular features not found in those productions, and it has, besides, an immense amount of information relative to the purely commercial aspects of life, which are not touched either in official works or in the volumes descriptive of India which have a popular character. Moreover, the pages are illustrated by a wealth of pictorial matter absolutely without precedent in any literary undertaking dealing with the Indian Empire. These features, literary, artistic-and utilitarian, it is believed from the experience gained elsewhere, and from the extremely favourable reception accorded to Southern India, will ensure for it a friendly welcome from the Indian public, and ultimately a recognized place in the bibliography of that great Dependency. This prefatory note would not be complete without a reference to the valuable assistance which the compiler has received from all classes - official and unofficial - in the territory covered by his operations. Without the aid so freely and generously extended it would have been impossible to produce the work in anything approaching the completeness which it is hoped now characterizes it.