The Book of Thekla 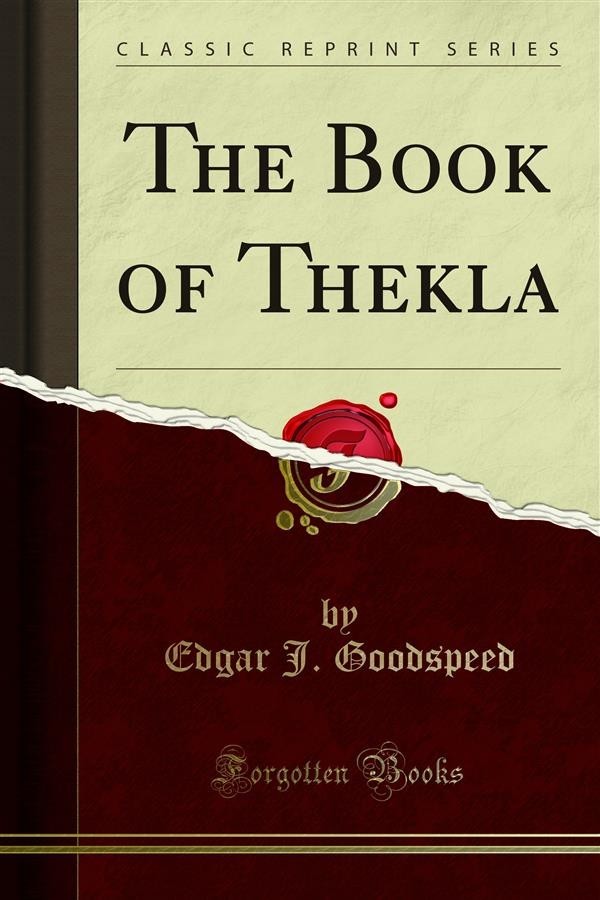 The Book of Thekla

The peculiar interest attaching to the history of the text of the Acts of Thekla in its various forms, Greek Latin, Syriac, Armenian, and Coptic, together with the problems, not yet fully solved, which that history raises, justifies the publication of another and quite unusual form of this early Christian romance. The Ethiopic "Book of Thekla" is preserved in two British Museum codices, dating respectively from the fifteenth ("A") and from the eighteenth ("B") centuries.<br><br>Brit. Mus. Orient. 689 is a ponderous fifteenth-century synaxarium of 237 heavy parchment leaves. It is well written in double columns, with forty-five to forty-seven lines to a column. The leaves measure cm. 31.9 by 46.2. They are carefully lined on the flesh side, and are set with flesh sides facing flesh sides. The outer and lower margins are wide. There are numerous erasures and some other corrections. The ornaments are few and generally simple, and there are no pictures. The quires are not at all uniform, but in most cases consist of the usual four double leaves, or their equivalent. The Book of Thekla stands fifth among the volume's sermons and martyrdoms, and occupies foll. 31a to 34a.<br><br>Brit. Mus. Orient.687-688 is an eighteenth-century folio of 233 parchment leaves.