The Life and Correspondence of Major-General Sir John Malcolm, G. C. B 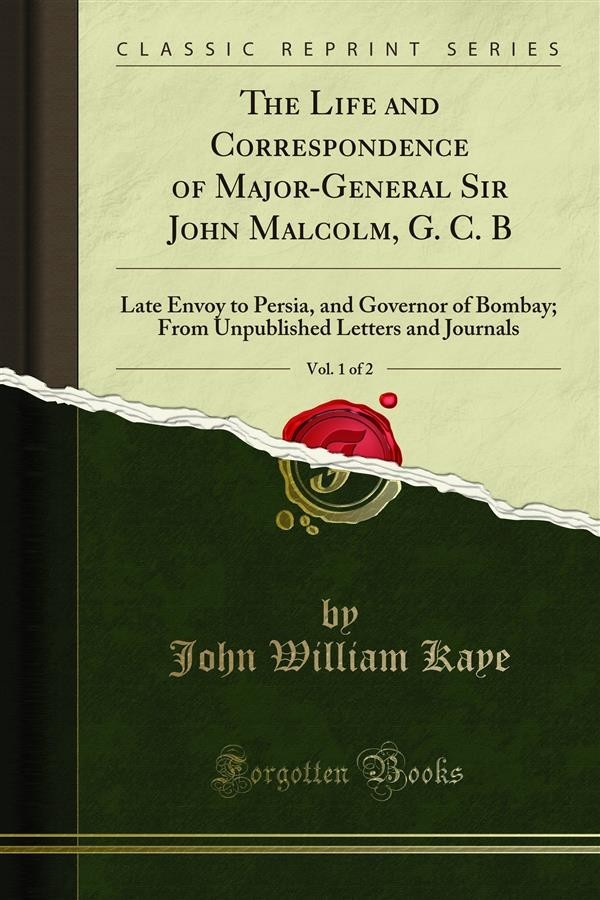 The Life and Correspondence of Major-General Sir John Malcolm, G. C. B

It remains only to be observed, that, with the excep tion Of two or three letters, the correspondence quoted in this Memoir is now published for the first time. In the later editions of the Wellington Correspondence may be found one or two of the Duke's letters topmalcolm, which appear also in the first of these volumes. The publication of the remainder, however, has not been an ticipated by Colonel Gurwood. There was no one to whom the Duke of Wellington wrote more unreservedly than to Sir John Malcolm. This unreserve has rendered necessary a cautious use of the correspondence but enough is still given to Show the intimate terms on which they corresponded, and to illustrate, at the same time, many interesting traits of the Duke's character.