History of Oklahoma and Indian Territory 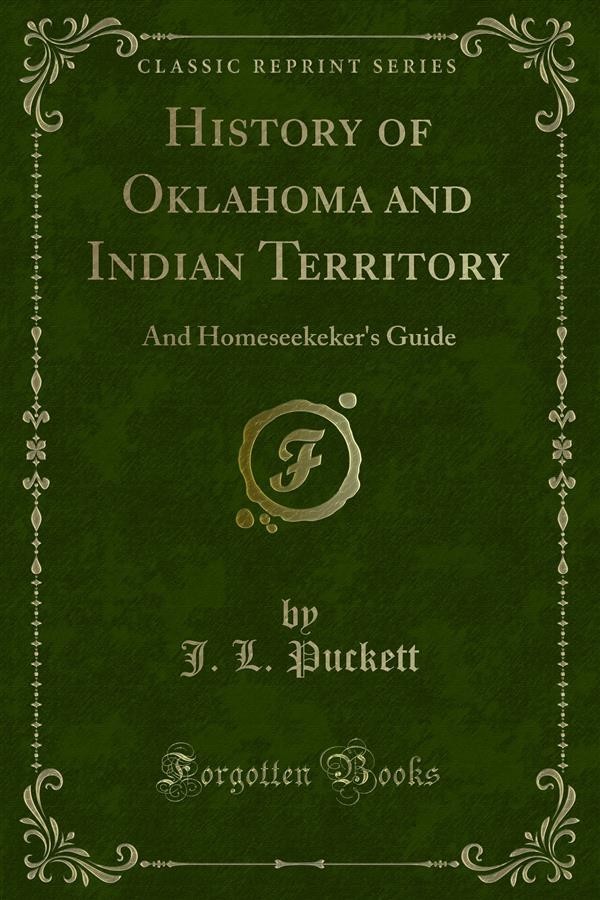 History of Oklahoma and Indian Territory

The first treaty that ever was made between the United States and the Cherokee Indians was concluded at Hopewell, on the Kiowee, November 22, 1785.<br><br>There came a division among the Cherokees, and a chief by the name of Dutcher became dissatisfied and decided to go towards the sunset about the year 1808. A number of French traders came up the Tennessee river from New Orleans. They had a large stock of goods and undertook to establish a trading post. They had a quantity of whisky among their stores, and the Indians all got drunk. It is said by the old Indians that Dutcher took advantage of this opportunity to complete his plans, and that he murdered those Frenchmen and took their boats and goods. He loaded the women and children on the boats, with men enough to operate them, while the balance of the warriors, numbering, about 200 men, proceeded overland on ponies, keeping in touch with the boats as they went. They went to the mouth of the Tennessee, and then down to the mouth of the White river.