Calendar of the Patent and Close Rolls of Chancery in Ireland 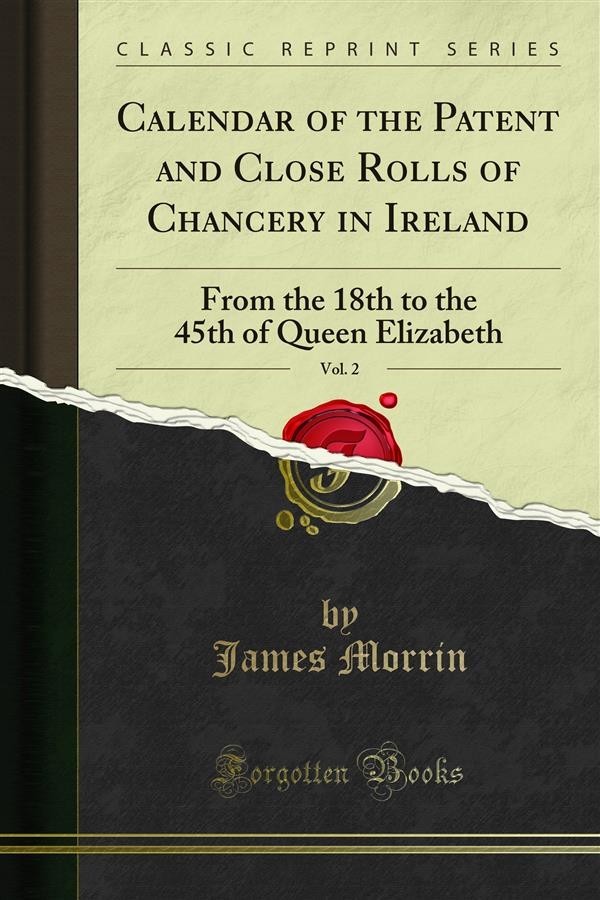 Calendar of the Patent and Close Rolls of Chancery in Ireland

Encouraged by the kind reception bestowed on the first volume, and the flattering commendations of the Lord Chancellor, the Masters of the Rolls of Ireland and England, and other high judicial and official personages, I have, in this volume, concluded the Calendar of the Patent Rolls to the end of the reign of Queen Elizabeth. The limits of an introduction necessarily forbid a detailed notice of our voluminous Anglo-Irish records; and in the preface to the first volume of this work, I was prohibited from more than hastily adverting to the inexhaustible stores of information they afford to the historian and the legal inquirer, and the valuable evidences they contain illustrative of the period they embrace. But it became essential, in limine, to invite public attention to those important, but comparatively unknown, materials for our early history, and to give a succinct résumé of the Rolls and Records of which the work purports to be a Calendar. To this hasty narrative my limits reluctantly confined me; to have entered more into detail would have, perhaps, complicated that which it was my intention to elucidate; and I reserved to myself the right of again referring to a subject interesting, I trust, to the scholar and the antiquary, and to which reference has been so seldom made.<br><br>In the first place, it must not be supposed, that the Patent and Close Rolls contain all the records transmitted for preservation and enrolment to Chancery during the period those Rolls embrace; on the contrary, they contain a very small portion of those invaluable documents. From the beginning of the reign of Henry the Eighth to the end of the reign of Elizabeth, 6,625 Royal Fiats, or Warrants, reached the Rolls Office for enrolment and preservation.