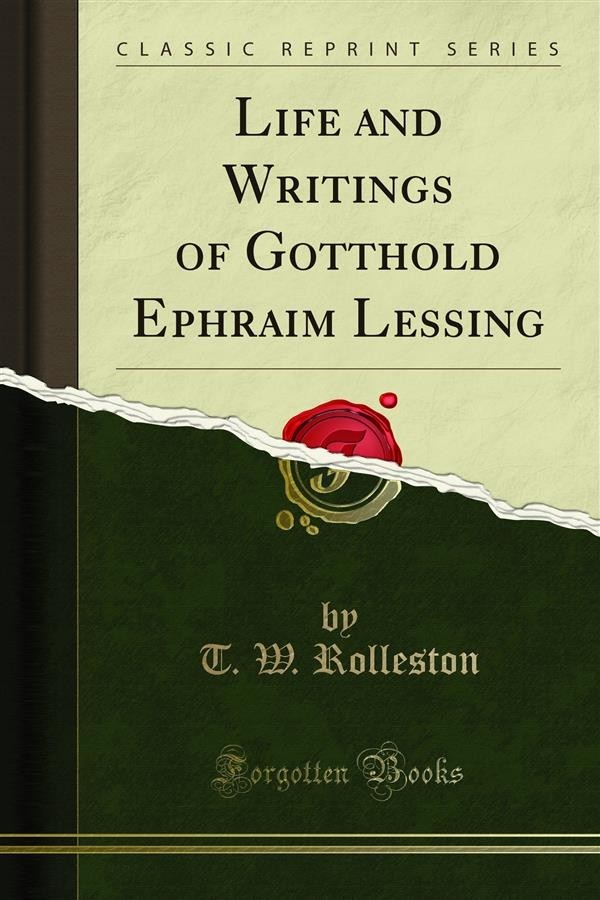 Except for Luther's great translation of the Bible, rand some valiant and pious Protestant hymns, the Reformation in Germany, fruitful as it was in the field of politics, was long sterile in that of literature. How could it be otherwise? In soil scathed by the lightnings of the Thirty Years War with all its widespread, ruthless, indiscriminate massacres and plunderings, what flower of art could bloom?<br><br>The Peace of Westphalia was signed in 1648, but for the rest of the century there was little sign of recuperation in the province of literature. The universities had been deserted, the schools closed by hundreds: literary instincts had to be re-created. The poets had not long given up writing in Latin, society had not yet given up talking in French; and the former still appealed chiefly to the small public who thought it the highest excellence in German poetry that it should contain elegant reminiscences of classical study. The beginnings of a poetry at once popular, secular, and elevated, were still to seek.