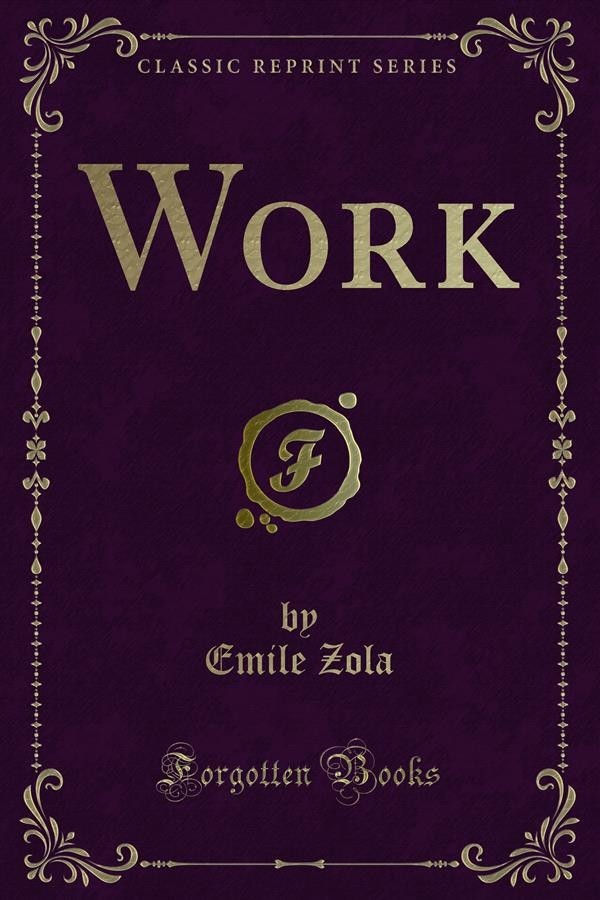 'Work' is the second book of the new series which M. Zola began with 'Fruitfulness,' and which he hopes to complete with 'Truth' and 'Justice.' I should much have liked to discuss here in some detail several of the matters which M. Zola brings forward in this instalment of his literary testament, but unfortunately the latter part of the present translation has been made by me in the midst of great bodily suffering, and I have not now the strength to do as I desired. I will only say, therefore, that 'Work' embraces many features. It is, first, an exposition of M. Zola's gospel of work, as the duty of every man born into the world and the sovereign cure for many ills - a gospel which he has set forth more than once in the course of his numerous writings, and which will be found synthetised, so to say, in a paper called 'Life and Labour' translated by me for the 'New Review' some years ago. Secondly, 'Work' deals with the present-day conditions of society so far as those conditions are affected by Capital and Labour. And, thirdly and particularly, it embraces a scheme of social reorganisation and regeneration in which the ideas of Charles Fourier, the eminent philosopher, are taken as a basis and broadened and adapted to the needs of a new century.