Report of the Union Conferences 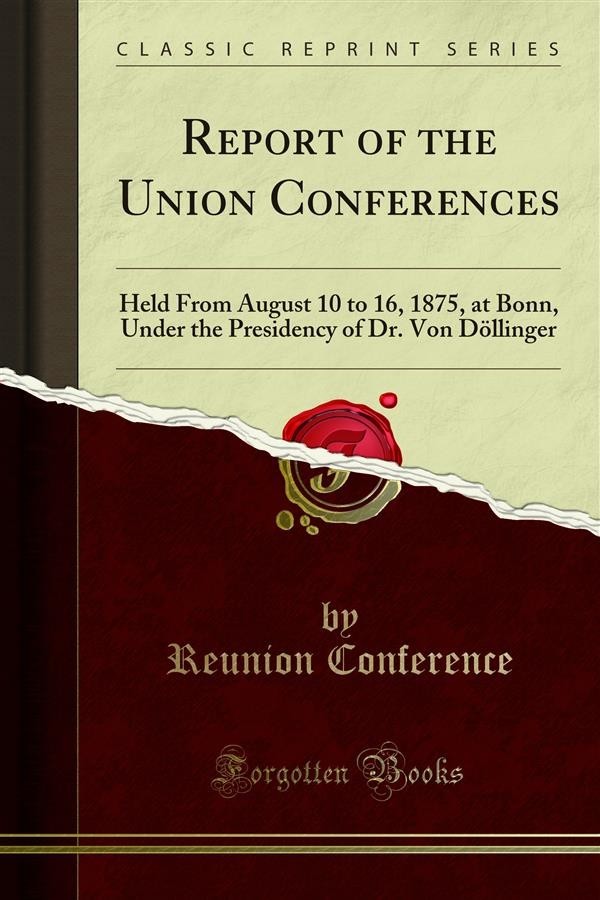 Report of the Union Conferences

The Archbishop of Munich, an amiable and well-meaning man, but of too moderate ability or learning to have any very strong personal convictions, had opposed the new dogma of Papal Infallibility at Rome, had voted against it at the first vote in the secret session of July 13th, 1870, and withdrew before the public session of July 18th with the other Bishops of the opposition, who had agreed, however, among themselves that, in regard to further steps, they would none of them act alone, but would all continue to correspond and act in concert. By the time he had reached his See, however, the strength of his resistance seemed to have given out, and he hastened to set himself right with his master in the Vatican by a full surrender on his own part and an effort to carry with him into his slavery the theological faculty of his city, which, was noted not only as the ablest in Germany, and probably in the whole Roman Catholic Church, but as that which had offered the longest and most powerful opposition to the work of the late Council, or rather of the Jesuit ring who managed it. He called them together, therefore, immediately on his return.