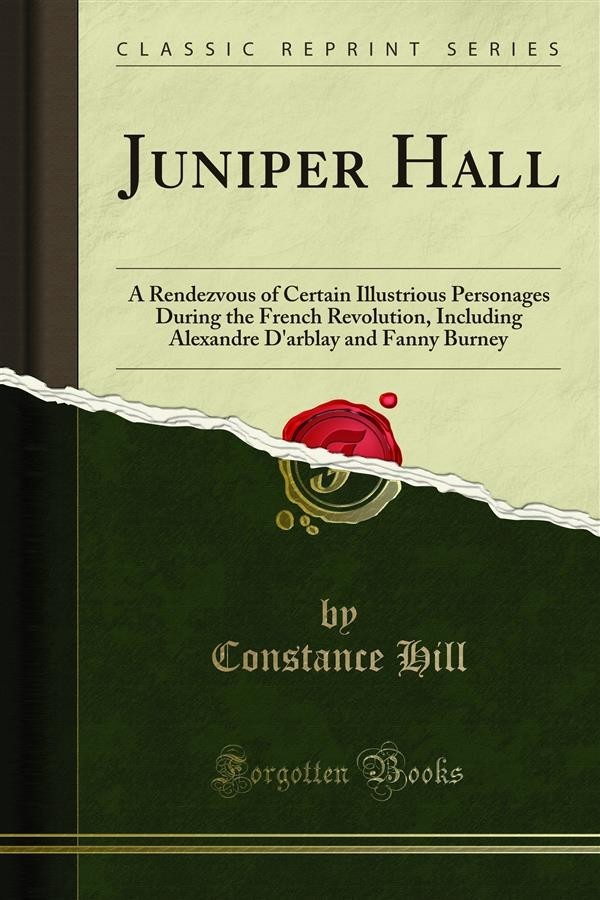 In a beautiful part of Surrey there stands a house famous as the resort of some distinguished French émigrés, who, during the Reign of Terror, had escaped from the guillotine.<br><br>This house, known as "Juniper Hall," is situated between the village of Mickleham and Burford-bridge. Within its walls there met together, a little more than a century ago, a group of singularly interesting persons, both French and English.<br><br>The French colony consisted of leading members of the Constitutional party, who had made great personal sacrifices in the cause of reform, and who had now suddenly fallen from power with the fall of their king; while among their English neighbours were the relatives of our authoress, Fanny Burney, and after a while Fanny Burney herself.