The Conquest of Kansas, by Missouri and Her Allies 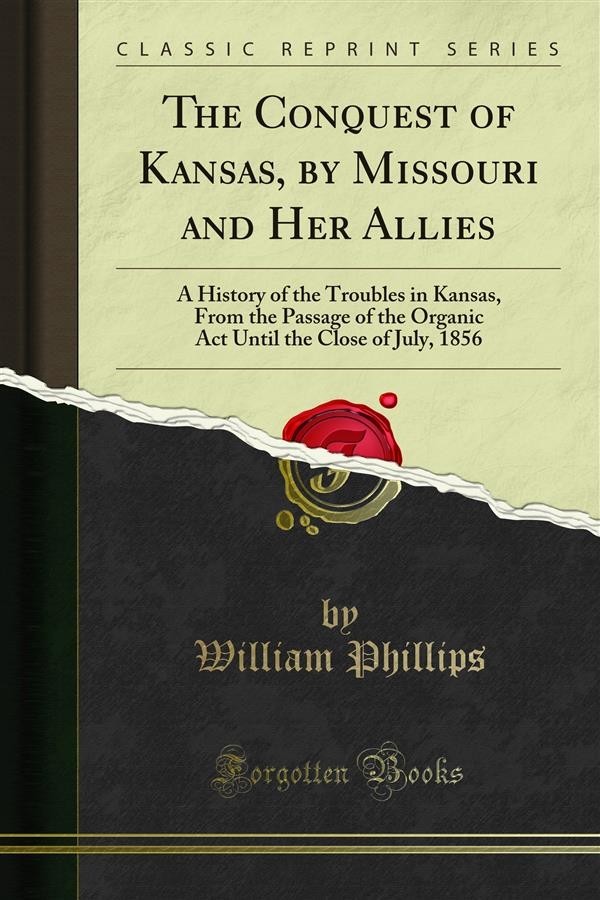 The Conquest of Kansas, by Missouri and Her Allies

The writer deems no apology necessary in submitting the early and unhappy history of Kansas to the public. A conviction of its importance impelled him to the task, and he assumed the duty of historian under the belief that his opportunities for observation, and participation in much of what has occurred, gave him advantages over other writers less conversant with the subject.<br><br>It is not the intention of this preface to make an elaborate assertion of impartiality. What is written is offered to the public as the simple truth, and a fair record of the events it chronicles. The writer does not claim to be impartial on the cause of quarrel, nor would he regard such a profession as very creditable in any other person; yet he believes that his convictions could neither induce him to wrong an enemy, nor do a friend more than justice. The future will fully vindicate the truth of all that is written; and, if there is one generous mind which, with the lights now before it, would incline to charge the author with perversion, let such a doubter know that the author, while he values the good opinion of all good men, would rather thus be suspected, than purchase a doubtful reputation for impartiality at the sacrifice of a truthful record.