History of the Evangelical Lutheran Synod of Maryland 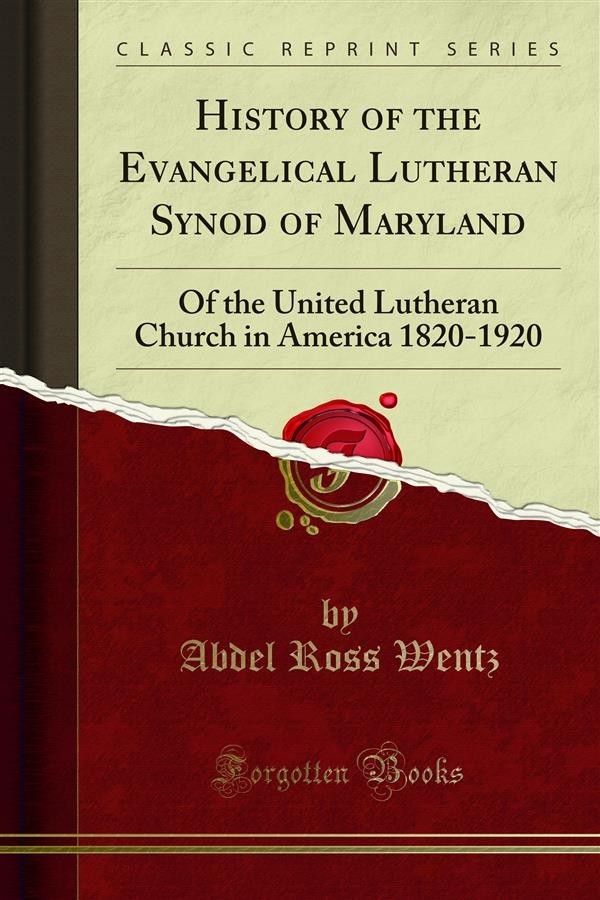 History of the Evangelical Lutheran Synod of Maryland

The Lutheran Church in America has a history of which her sons and daughters may well be proud. Her influence was very potent in the earliest settlements in Georgia, along the Delaware and on Manhattan Island. The Pilgrim Fathers largely came from Leyden where for thirty years they had lived in Holland which had become a republic chiefly through the influence of the Lutheran Reformation.<br><br>From our earliest history the Lutheran Church has exerted a wide influence in the moral and religious life of our people. The freedom of conscience for which it always stood, the sincere piety it fostered everywhere, had much to do in shaping the best political, social and religious life of the nation.<br><br>In some respects the Lutheran Church is an outstanding American Church. In our Colonial history, the settlements of Lutherans along the frontier largely bore the brunt of the depredations of savages who at various times were incited to murder and rapine by emissaries from other lands. During the war for Independence, the Lutherans stood solidly with Washington and shed their blood willingly in the struggle for freedom. In that momentous conflict one third of the population of the country was Tory. But the Lutherans were not Tories. So in the war of 1812. In the war between the States, the Union had no more loyal supporters North of Mason and Dixon's line than the Lutherans. And in the recent great war with the central powers of Europe the Lutheran Church was exceptional in the number of her sons who followed the flag and in her response to every call and need of the Government in its conduct of the war.<br><br>The best blood of Europe that came to our shores flowed in the veins of those who came in quest of religious freedom. The Palatines who came very early to Baltimore and through Pennsylvania into western Maryland were largely influenced to leave their mother countries beyond the seas by reason of persecution. Hence, when they entered into the making of a new country they cut away from the ecclesiastical and from the Church Governments which obtained under the monarchies of the old world.