Hunting Big Game in the Wilds of Africa 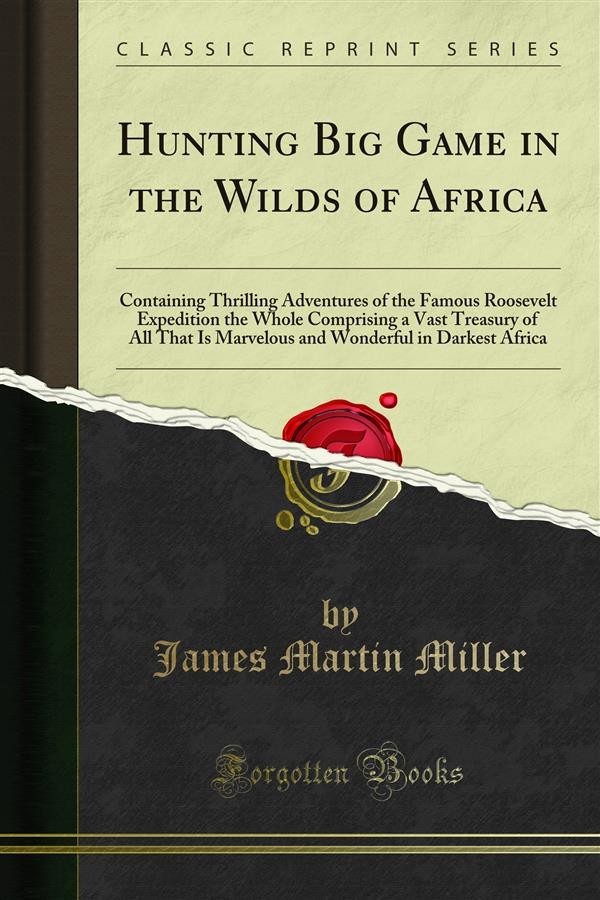 Hunting Big Game in the Wilds of Africa

Theodore Roosevelt is not only a great Statesman, but he is also the most Renowned Hunter in the World. His Famous Voyage, beginning at New York, March 23, 1909 - nineteen days after he had turned the reins of Government over to his successor - took him directly into the Jungles of Africa, inhabited by the wildest of wild beasts and wild men.<br><br>When it was announced that our distinguished Ex-President was to undertake this expedition, he was pronounced by college professors and others, through the press of the United States and Europe, as foolhardy in contemplating such a hazardous trip. From one end of the country to the other the newspapers printed accounts of the dangers he would encounter, and it was widely predicted that Theodore Roosevelt could never return alive.<br><br>Members of his family, including his old nurse who cared for him when a child, admonished him of the dangers of his undertaking. With Mrs. Roosevelt he called at the home of his governess at her Grammercy Park home to say good bye. The old woman, with tears in her eyes, kissed him good bye and cautioned him to be careful.<br><br>"I have read in the papers," said she, "such awful things; that you will surely catch an incurable fever, of the 'sleeping sickness;' that a deadly reptile will bite you; that an African insect will sting you to death; that the savage men will massacre you; that the treacherous leopard will spring upon you without warning; that the ferocious lion will surely get you, and Oh!" To this the undisturbed man of iron merely smiled and bid the constant companion of his childhood days an affectionate farewell.<br><br>The Hamburg-American Line had made special preparations in fitting up the same suite of rooms on the steamship Hamburg that the Kaiser had occupied on his famous Mediterranean voyage.