Finland; A Little Land That Is True to Itself 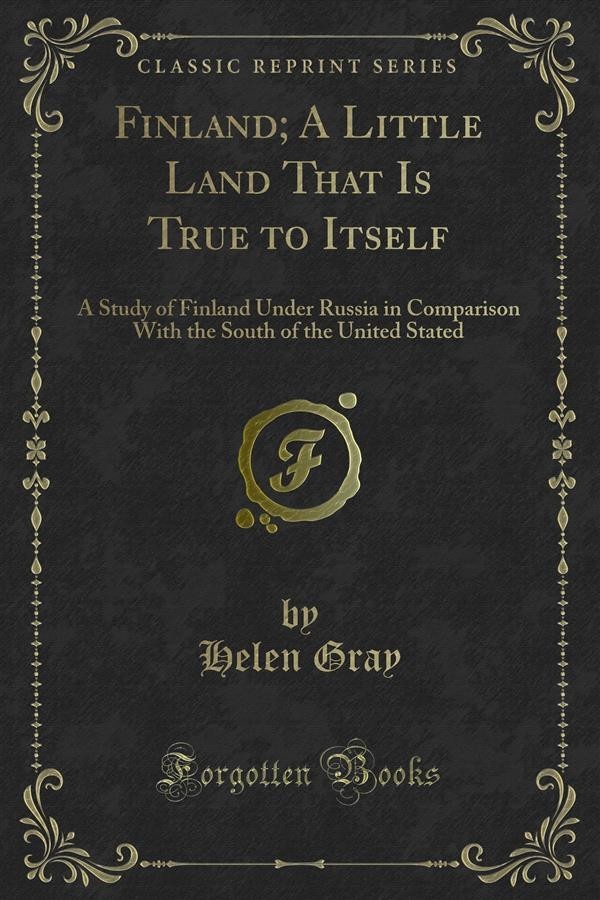 Finland; A Little Land That Is True to Itself

My visit to Finland concerned my interest in problematical questions. Having traveled for a number of years in the Southern States as a journalist, writing along various lines, I became interested to know what the people of other lands were doing to solve their problems, none of which, it seemed to me, could be as serious as the problems that face the people of the Southern States of the American Union. Finland, because of its individuality, and the combative and initiative faculties of its inhabitants, had for some time excited my admiration; and that I have no reason to regret the time spent within the borders of this little land, I think my small volume will testify.<br><br>I am an enthusiastic believer in traveling for instruction, which prompts me to say here, that I would like to see rearing its head in every state in the American Union, an institution similar to the London School of Economics and Political Science, where, I think, the best preparation for this method of study may be had.