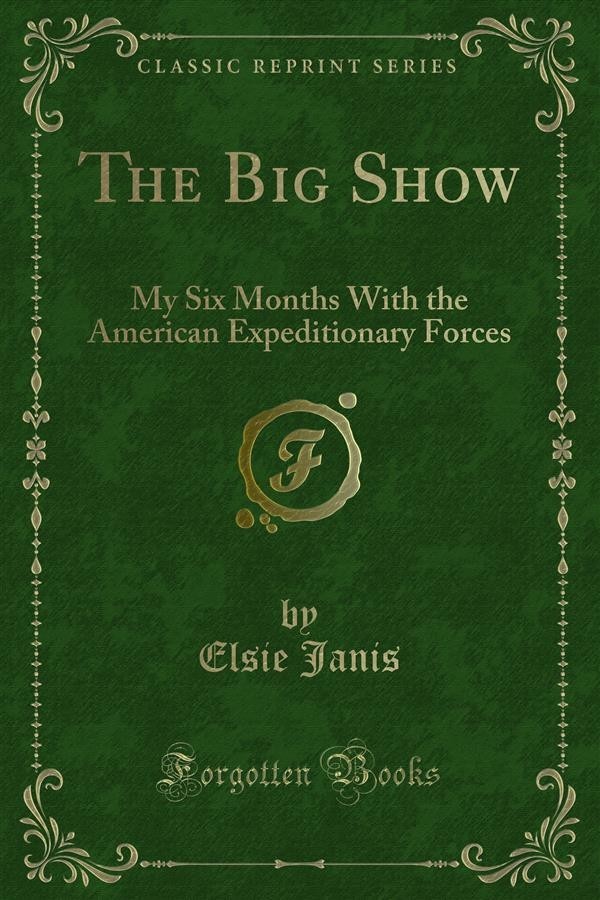 In August the great blow fell upon the world. Suddenly England was at war. The theaters still went on, people stood the shock wonderfully, and in a few days one hundred thousand of England's best had been spirited away and were landed in France — while we were still wondering when they would go! About ten per cent of my friends went with them, some never to return, but to make his tory and cover themselves with glory that can never be forgotten. It was not surprising that, arriving home in America in October, 1914, with Tipperary ring ing in my ears and visions of hundreds of brave men singing as they marched away, I should have been a bit disappointed in the neutral attitude of most of my friends. Having seen the Americans, as I have, in France since then, I don't believe they know the meaning of the word neutral. They were not that — they were loyal. Their President said be neutral, and they wera loyal to him. After three months in America we sailed again for England — January 30, 1915 — Ou the Lusitania, the time when the submarine lay in wait for her, and that wonderful man Captain Paddy Dow set us out in the middle of a hurricane until dawn and then came in ﬂying the American ﬂag. Exit subs. In consternation and some speed. I played again at the Palace, and now began my first real taste of war. The wounded were com ing home in thousands; the camps were full; and I spent every spare moment I had, and some I did not have, singing in hospitals and camps. It was then I learned what a little amusing story or a song can mean to a'man before he goes into a fight or after he has got his. In July, 1915, my dear friend and fellow-player Basil Hallam heard the call of his country more than the cheers and applause of the public, and he enlisted or rather insisted, as he had been turned down as unfit several times. I did not want to continue without him, so again we went to America. In the meantime the Lusitania had been sunk and America was growing restive in spots.