From a Southern Porch 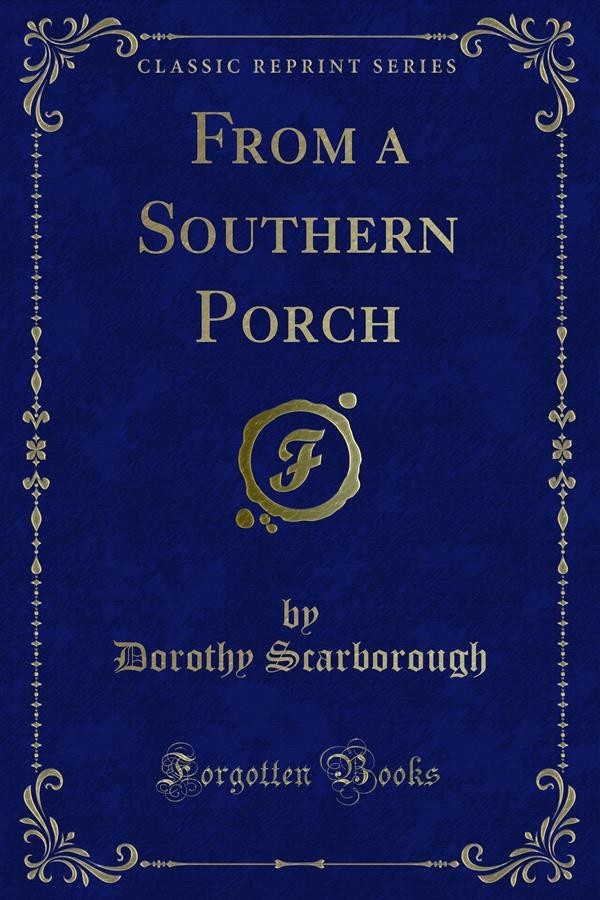 From a Southern Porch

This, then, is a tribute of love to porches, and meant only for the eyes of fellow-porchers, not at all for the critical gaze of folk who sit shut up in houses. The colored people in Virginia have a saying that all kinds of meat are to be found in the turtle's ﬂesh. This volume might be considered mock-turtle's meat, for it is a joyous, irresponsible jumble of things I like, what Aunt Mandy would It has written itself with tongue acheck, breaking all the laws I know of unity, coherence, and continuity, and should be read on a friendly Southern porch.