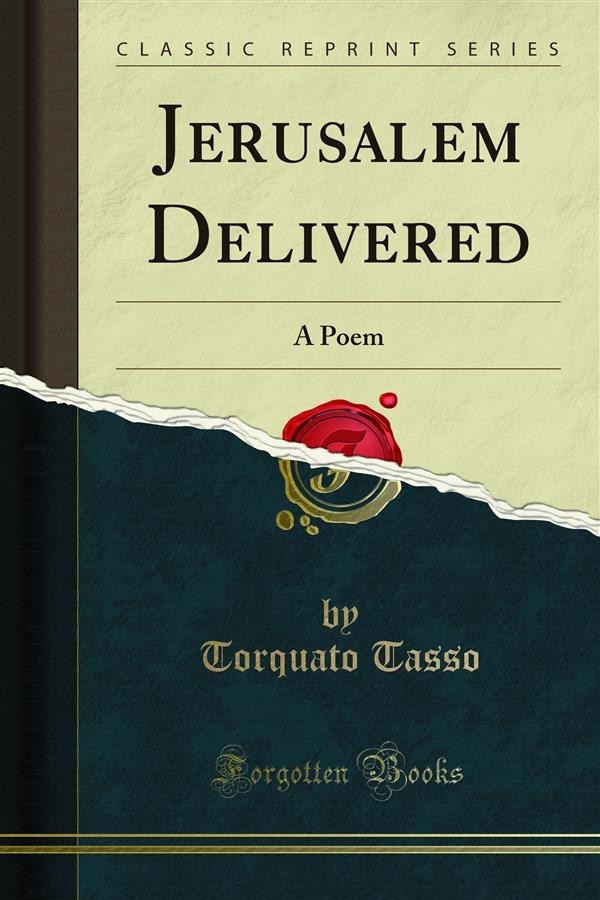 Torquato Tasso left Padua to continue studies of philosophy and literature at Bologna. There he began to write the poem on the capture of Jerusalem by the Crusaders, which had been resolved upon at Padua. At Bologna he was suspected of the authorship of satirical verses that attacked himself as well as others. They amused him; and his good — will to them caused his papers to be seized and searched. Nothing was found against him, but his annoyance caused him to leave Bologna for Modena, whence he was recalled to Padua by his kinsman and friend, Scipione Gonzaga, who was there founding an acad emy. Tasso was then zealous in study of Plato's phil'osophy, and he afterward himself wrote dialogues in Plato's manner. By the time that he was two — and-twenty Torquato Tasso was formally attached to the service of the great Italian house of Este, whose history he glorified in his Jerusalem Delivered (canto xvii. St. 66 as shown in the shield given to Rin'aldo; Rinaldo being represented as himself of. The Este family. The ancient stem of Este had divided in the eleventh century into a German branch and an Italian branch. A German Este Guelf — Welf IV — was invested in the year 1070 with the Duchy of Bavaria; from him the houses of Brunswick and Hanover and the present royal family of England are descended. The brother of that Guelf was Fulco I, who founded the Italian family of Este. Albert of Este was Marquis of Ferrara in the year 1400. The rule of the Este family extended along the Marches of Ancona, and afterward they added Modena and Reggio to their domains. Alfonso I of Este, who died in 1535, had been a friend to Ariosto. It was he who had for his second wife Lucrezia Borgia. His successor, Ercole II, had married a daughter of King Louis XII of France; and the successor of Ercole II in Ferrara was Alfonso II, who has a large place in the story of Torquato Tasso.