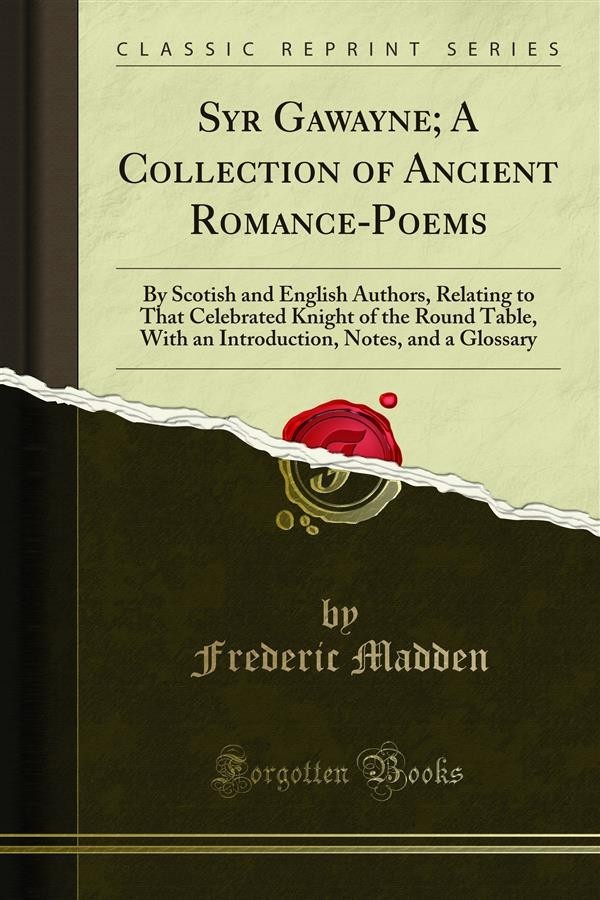 In collecting for the first time the various Scotish and English poems relating to one of the most celebrated Knights of the Round Table, it might seem desirable to examine critically the sources whence the history of his exploits has been derived. But the subject is of such vast extent, is involved in so much obscurity, and, moreover, has been discussed with such conflicting theories and assertions, that the limits I here propose to myself will only allow me to state in succinct terms the conclusions which, after a long course of reading, I have arrived at.<br><br>The inquiry divides itself into two branches, closely connected together; the first of which embraces the question of the antiquity of Welsh or Armorican traditions, and the share of Geoffrey of Monmouth in the compilation of the far-famed Brut; the second includes the history of the ponderous French prose Romances of the Round Table, their authors, and the period of their composition. With regard to the former, it is impossible, I think, for any one, who is not prejudiced, to read the arguments of Ellis, Price, De la Rue, and the Author of "Britannia after the Romans," with the testimonies produced, and not to admit, that previous to the time of Geoffrey a mass of popular traditions relating to Arthur and his chivalry must have existed, and was circulated first by the native bards, and afterwards by the Anglo-Norman minstrels.