The Sunny South; Or the Southerner at Home 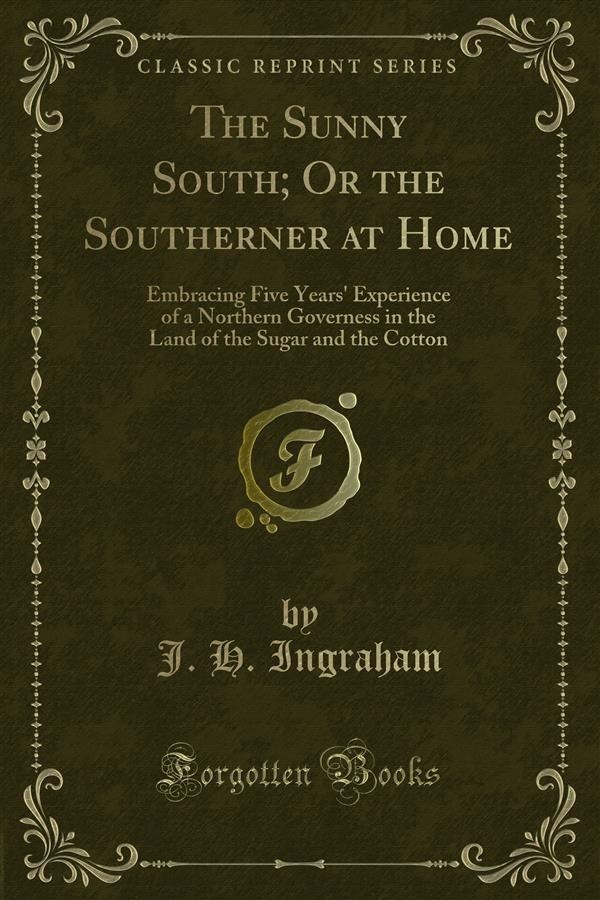 The Sunny South; Or the Southerner at Home

As most of the Letters embraced in this volume were written for the Editor of the late American Courier, and appeared therein, from time to time, the writer thereof has not seen fit to alter the local allusions, the style of address in the Let ters, or the appellation of Needles, by which they were originally designated. As these Letters were commenced, and many of them published before Mrs. Stowe's Uncle Tom was written, its pictures of South-western life have no reference to that work nor were inﬂuenced by it. These epistles are not replies to any attacks on the South, but a simple representation of Southern life, as viewed by an intelligent Northerner, whose Opinions are frankly and fearlessly given.