The Inside of Mormonism 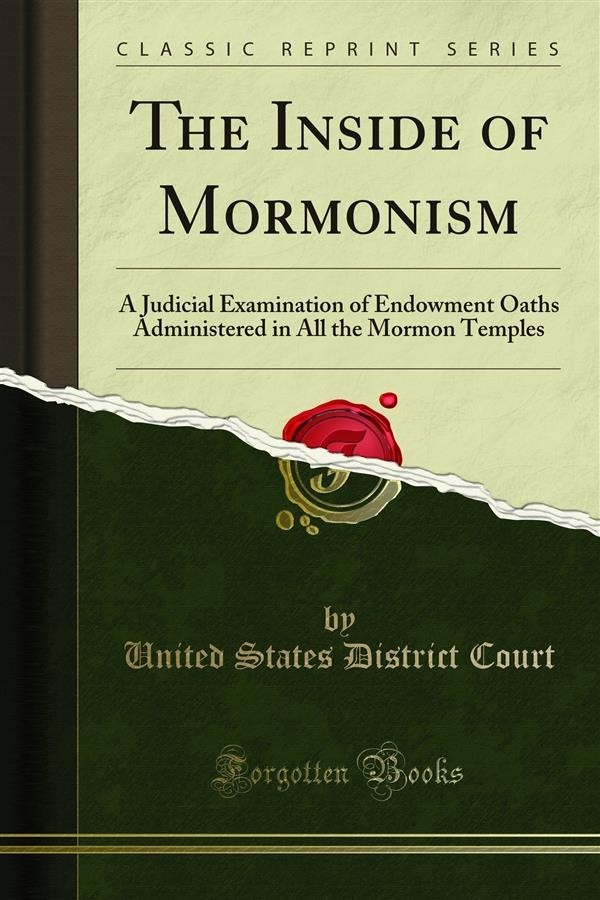 The Inside of Mormonism

The object of this pamphlet is to lay before the people of the United States, in form different from any in which it has ever been presented before, information respecting the nature of the Mormon Heirarchy and its attitude toward the government of the United States.<br><br>Much information, gathered from reliable sources, has been, at different times and by different writers, conscientiously and carefully prepared and published, - but it is believed that never before have certified results of a judicial investigation of the subject by a competent Court, been available for the public. It is the conviction of many persons who have in view, not only the honor and safety of the country, but the best interests of the people of Utah, both Mormon and Gentile, that this information should not longer lie concealed from the people, and that the present time, when an issue which in the light of the facts herein presented is of vital importance is about to be raised in the Senate of the United States, is the most opportune time for its publication.