The Ecclesiastical Antiquities of the Cymry 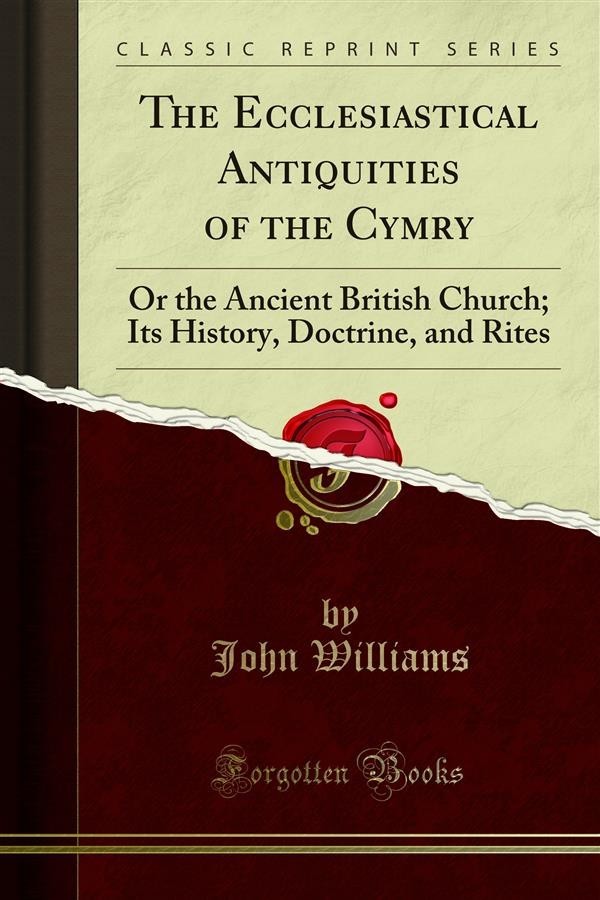 The Ecclesiastical Antiquities of the Cymry

The purport of the following pages is to exhibit, in one view, the various features of the ancient Church of Cymru during its metropolitical existence. A work of this nature was always desirable, but the want of it was never, perhaps, so much felt as now, when ecclesiastical antiquities are so generally canvassed among Christians.<br><br>It is true that we are already in possession of several treatises relative to the religion of our Catholic ancestors; and the learned authors who bequeathed them to us ought not to be mentioned except in terms of respect and gratitude. Still we are free to confess that their researches are not of a form sufficiently systematical, plain, and comprehensive, to suit the cravings and capacities of the ordinary reader. Subjects of main interest only, such as the origin, government, or independence of the Church, have been expressly investigated, whilst particulars, apparently of minor importance, have been left wholly untouched, or but incidentally and subserviently noticed. Some of the writers may have conducted themselves also more as advocates in support of their respective positions, than as candid and impartial historians.