Society for the Old Testament Study 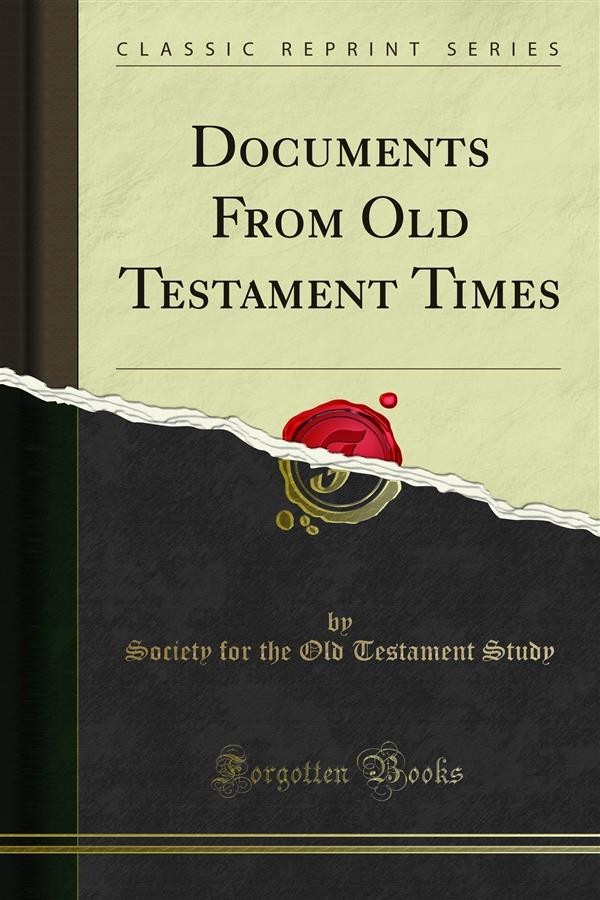 Society for the Old Testament Study

The Society for Old Testament Study was founded in January 1917. At a meeting held in January 1956, the Society decided to mark its forty years of existence by the publication of a volume which would be the fourth of a series. The People and the Book, edited by A. S. Peake, was published in 1925, Record and Revelation, edited by H. Wheeler Robinson in 1938 and The Old Testament and Modern Study, edited by H. H. Rowley in 1951. It was the Society's wish that this latest volume should consist of a selection of non-biblical documents illustrative of the Old Testament, designed to meet the needs more particularly of teachers of Scripture in schools, of the clergy, and of others who are not professional scholars. The Society did me the honour of entrusting me with the editorship of the volume, and I was given complete freedom in the planning of it and in the choice of contributors.<br><br>The aim throughout the volume has been to relate each document as closely as possible to the Old Testament, and to bring out relevant points of interest touching history, chronology, archaeology, religion, literature, geography, and so on, in illustration of the Old Testament. Not all Israel's story is told in the Old Testament. It has to be supplemented by the evidence of ancient documents discovered by archæologists - inscriptions on clay, stone, seals and coins, and writings on potsherds, papyrus and leather. Some part of this story it is the purpose of this volume to tell. Some of the documents here discussed were found in Palestine itself, but mostly they were discovered in countries surrounding Palestine - in Mesopotamia, Egypt, Syria and Moab. While Israel is not without her testimony to herself, it is for the most part the witness of her neighbours which is met with in the pages of this volume. Considerations of length have inevitably imposed a limitation upon the number of selected documents. Some of those included have long been known; others are of more recent discovery.