The Life of the Rev. George Whitefield, B.A., Of Pembroke College, Oxford 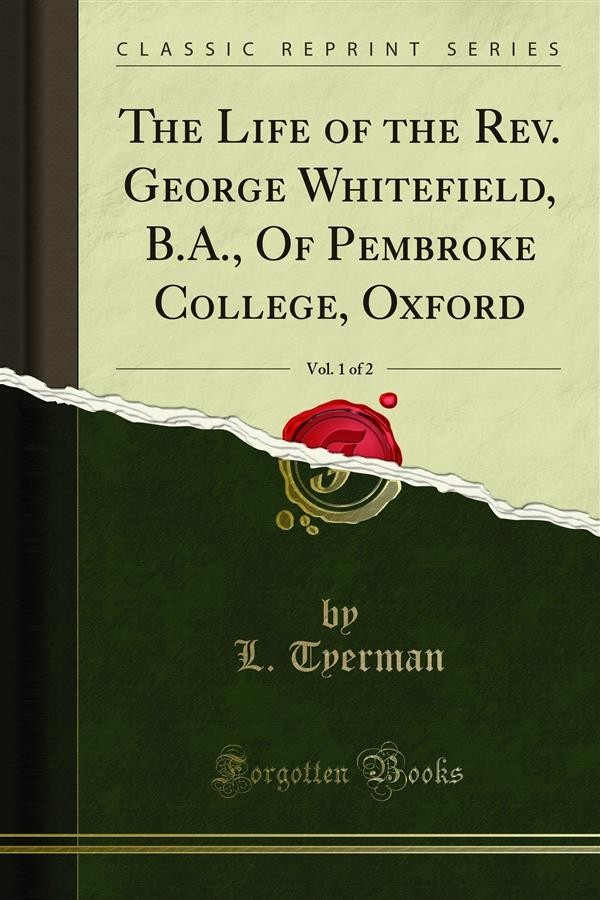 The Life of the Rev. George Whitefield, B.A., Of Pembroke College, Oxford

The world has a right to know all that can be told of such a man. To say nothing of almost innumerable sketches, at least half a dozen lives of Whitefield have been already published. If the reader asks why I have dared to add to the number of these biographies? I answer, because I possessed a large amount of biographical material which previous biographers had not employed, and much of which seems to have been unknown to them. This is not an empty boast, as will be evident to every one who compares the present work with the lives of Whitefield which have preceded it. In collecting materials for the Life and Times of Wesley, and for the Oxford Methodists, I met with much concern ing Whitefield; and, since then, I have spared neither time, toil, nor money in making further researches relating to the great evangelist. With the exception of a few instances, all of which are acknowledged, my facts are taken from original 'sources and, though to say so may savour of vanity, I believe there is now no information concerning Whitefield, of any public importance, which is not contained in the present volumes.