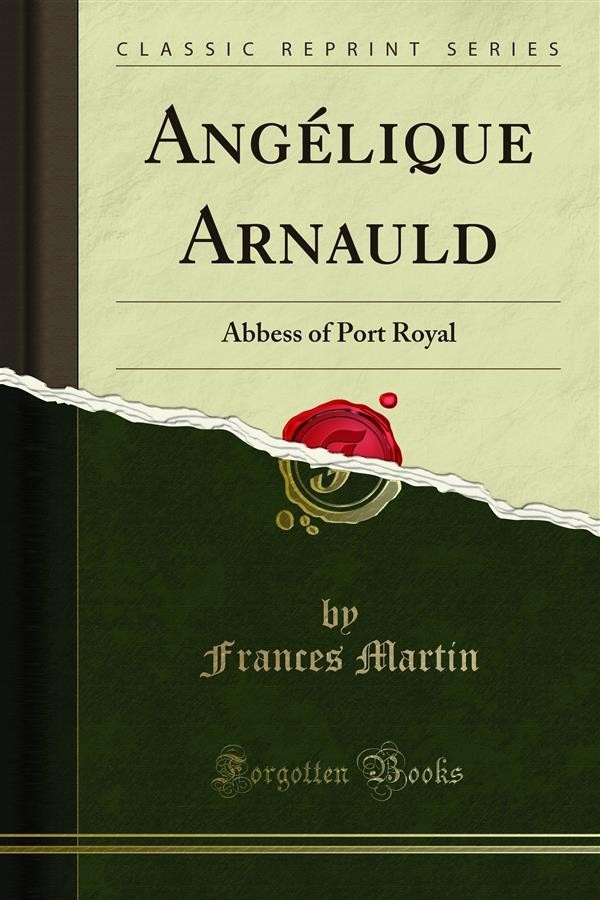 Angélique Arnauld is separated from us not only by the manners, habits, and customs of her age, but by her position and religious opinions. She was a Roman Catholic Abbess who lived more than 200 years ago, at a time when Pope and priest stood between the people and a God whom they feared but did not love. The religious rites and ceremonials of her Church formed then, as now, an almost impenetrable barrier between the human soul and the supreme object of its worship, and she was not free from the theoretical errors incidental to her condition. The struggles and suffering of her life were crowned, not by victory, but defeat. Her work was incomplete, and it is doubtful whether it could have been completed or whether she realized the direction in which her efforts were tending.<br><br>All these facts are patent and are readily brought to light by a superficial inquiry. But if we look beneath the surface we find that sublime virtues are associated with her errors, there is something admirable in everything that she does, and the study of her history leads to a continual enlargement of our own range of thought and sympathy. Her devotion was sincere, habitual, and profound; her life was strengthened by self-denial and sweetened by love, and we admire alike her self-dependence and her self distrust.