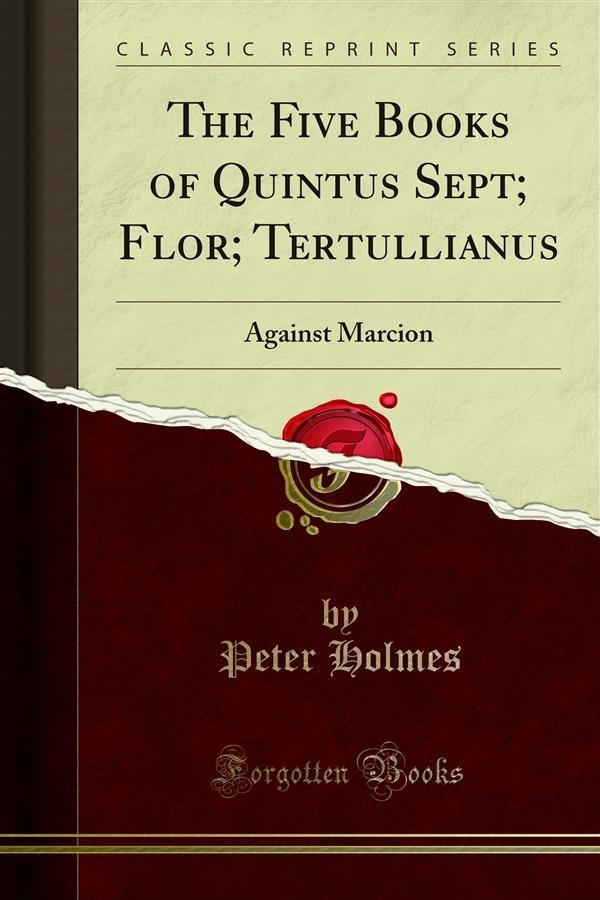 Such is the case with the work before us. If Marcionism is in the letter obsolete, there is its spirit still left in the church, which in more ways than one develops its ancient characteristics. What these were, the reader will soon discover in this volume; but reference may be made even here, in passing, to that prominent aim of the heresy which gave Tertullian his opportunity of proving the essential coherence of the Old and the New Testaments, and of exhibiting both his great knowledge of the details of Holy Scripture, and his fine intelligence of the progressive nature of Gods revelation as a whole. This constitutes the charm of the present volume, which might almost be designated a Treatise on the Connection between the Jewish and the Christian Scriptures. How interesting this subject is to earnest men of the present age, is proved by the frequent treatment of it in our religious literature. In order to assist the reader to a more efficient use of this volume, in reference to its copiousness of Scripture illustration, a full Index of Scriptural Passages has been drawn up. Another satisfactory result will, it is believed, accompany the reading of this volume, in the evidence which it affords of the venerable catholicity of that system of biblical and dogmatic truth which constitutes the belief of what is called the "orthodox Christian" of the present day. Orthodoxy has been impugned of late, as if it had suffered much deterioration in its transmission to us; and an advanced school of thinkers has demanded its reform by a manipulation which they have called "free handling."