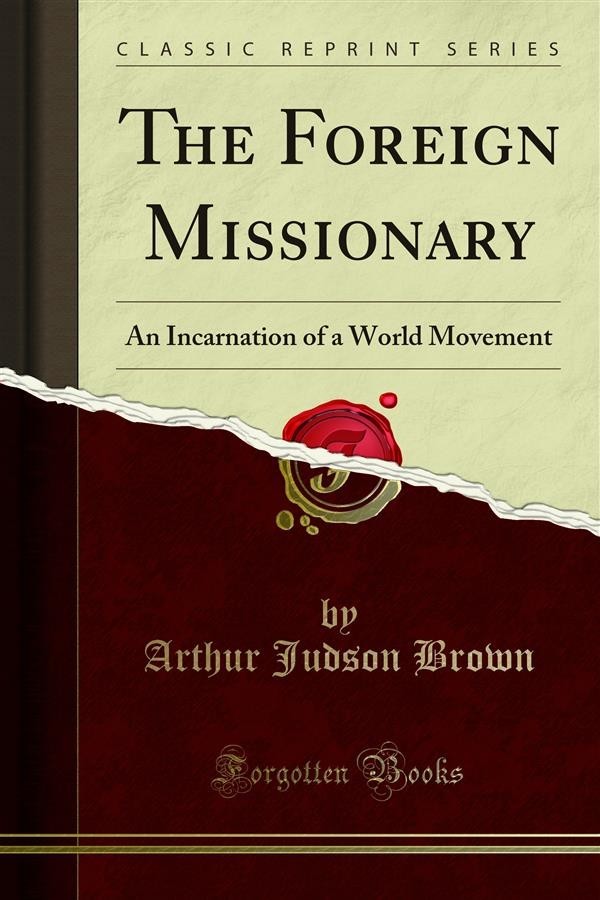 There are now 18,591 Protestant foreign missionaries in non-Christian lands, and the Christians of Europe and America gave last year for their maintenance, and that of the churches, schools, hospitals, printing presses and other work under their care, $21,280,147. The stations and out-stations occupied aggregate 36,748. The number of definitely known adult converts and adherents is already 6,202,631 and it is rapidly increasing. An enterprise so vast in itself, representing such a great constituency of intelligent people in Europe and America and recognized by the governments of the world as a force of the first magnitude, challenges the attention of all thoughtful persons.<br><br>The missionary who incarnates this enterprise is therefore a man to be reckoned with in dealing with the phenomena of our age. It is he of whom we instinctively think when the subject is mentioned, he who does the actual missionary work, whose support is the largest single item of missionary expenditure, whose wisdom or folly is the chief human factor in the success or failure of the missionary movement and whose character and methods are the objects of the sharpest criticism.<br><br>Nevertheless, there is a singular lack of books about him. He figures more or less prominently, of course, in volumes on mission lands and on the general subjects of missions, while there are many detached discussions of separate phases of his life and policy; but, so far as we know, there is no one book which attempts a clear and comprehensive reply to such questions as Who is the missionary? What are his motives? What is he trying to do? What are his methods?