A Dictionary of the Characters and Scenes in the Stories and Poems, of Rudyard Kipling, 1886-1911 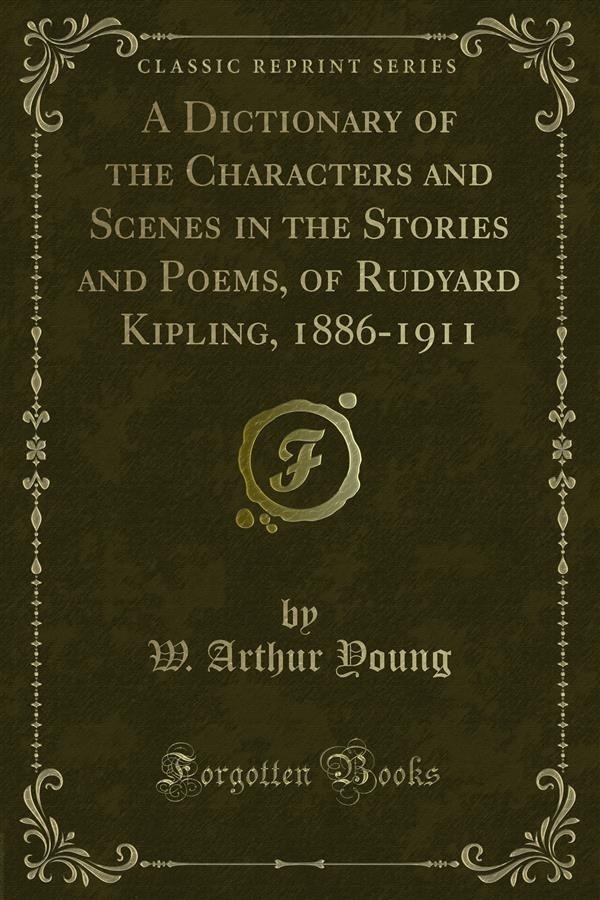 A Dictionary of the Characters and Scenes in the Stories and Poems, of Rudyard Kipling, 1886-1911

It was my original intention, when a Kipling Dictionary in this series was mooted, to have confined the scheme to brief outlines of the plots and bare records of the names and personal characteristics of the author's men and women. Before the compilation had been begun, it was borne upon me that the semi-jubilee of Mr. Kipling as an English writer who appeals to every class, not only at home and in the English-speaking lands overseas, but also in many foreign countries, was a fitting occasion to gather together as many facts and as much information about his works as might be possible.<br><br>The task has not been easy. Mr. Kipling has written of five continents, during residence in four, and has actually published in three. I can hardly hope that my net has been spread sufficiently wide or that the mesh has been fine enough to catch everything, and if I have included aught that is not from the author's pen, or have omitted anything, I hope those better informed than myself will afford me that assistance which will help me to make the record more complete and accurate than I have made it.<br><br>The Introduction furnishes a sketchy survey of the books as a whole, with notes on a variety of matters which appear to bear upon Mr. Kipling's collected work, such as serial publication and the illustration of the stories and poems. The Dictionary proper comprises nearly four thousand entries, of which no fewer than six hundred and thirty are titles, each being distinguished by a numeral prefix, which further affords clues to references in the Subject Appendix at the end of the volume. For the convenience of students and searchers the first lines of the poems are included, and italics have been employed wherever a title has been mentioned in the text.<br><br>Addenda: June-July, 1911<br><br>Since the Dictionary has been compiled three new titles have been published and are included here, but not in the body of the book: -<br><br>The Declaration Of London. Five stanzas in the Morning Post of June 29, 1911, beginning We were all of one heart and one race.