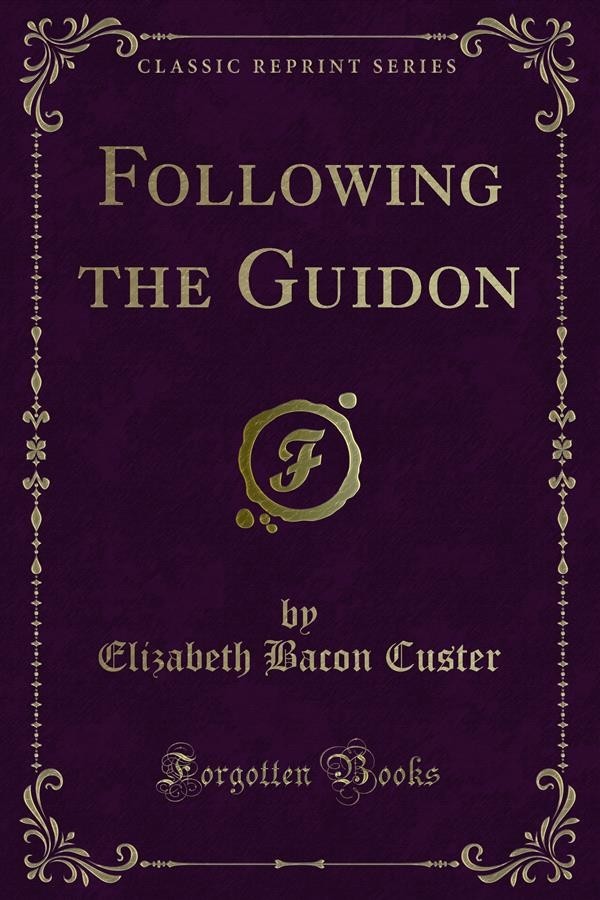 Before beginning the story of our summer's camp on Big Creek, Kansas, I should like to make our bugle a more familiar friend to those who know it only by hearsay. It was the hourly monitor of the cavalry corps. It told us when to eat, to sleep, to march, and to go to church. Its clear tones reminded us, should there be physical ailments, that we must go to the doctor, and if the lazy soldier was disposed to lounge about the company's barracks, or his indolent officer to loll his life away in a hammock on the gallery of his quarters, the bugle's sharp call summoned him to "drill" or "dress parade." It was the enemy of ease, and cut short many a blissful hour. The very night was invaded by its clarion notes if there chanced to be fire, or should Indians steal a march on us, or deserters be discovered decamping. We needed timepieces only when absent from garrison or camp. The never tardy sound calling to duty was better than any clock, and brought us up standing; and instead of the usual remark, "Why, here it's four o'clock already!" we found ourselves saying: "Can it be possible? There's 'Stables,' and where has the day gone?"<br><br>The horses knew the calls, and returned from grazing of their own accord at "Recall" before any trooper had started; and one of them would resume his place in the ranks, and obey the bugle's directions as nonchalantly as if the moment before he had not lifted a recruit over his head and deposited him on the ground.