The New Jerusalem, and Its Heavenly Doctrine 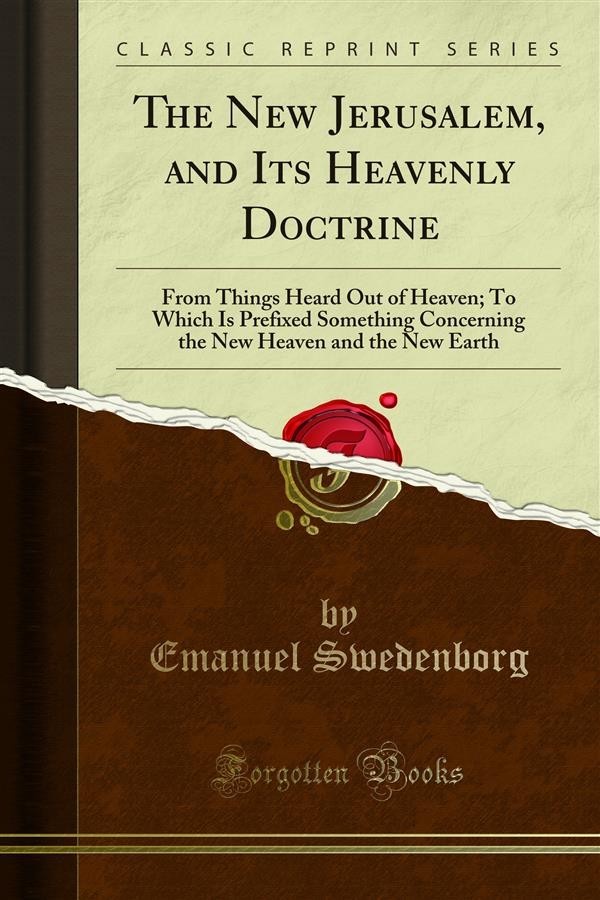 The New Jerusalem, and Its Heavenly Doctrine

Concerning the New Heaven and the New Earth, and What is Meant by the New Jerusalem.<br><br>It is said in the Apocalypse, "I saw a New Heaven and a New Earth; for the first heaven and the first earth had passed away. And I saw the Holy City, New Jerusalem, coming down from God out of heaven, prepared as a Bride adorned for her Husband. And the city had a wall great and high, which had twelve gates; and on the gates twelve angels, and names written thereon, which are the names of the twelve tribes of Israel. And the wall of the city had twelve foundations, in which were the names of the twelve apostles of the Lamb. And the city itself lay four-square, whose length was as great as its breadth. And he measured the city with a reed, twelve thousand furlongs; and the length and the breadth and the height of it were equal.