The Typology of Scripture 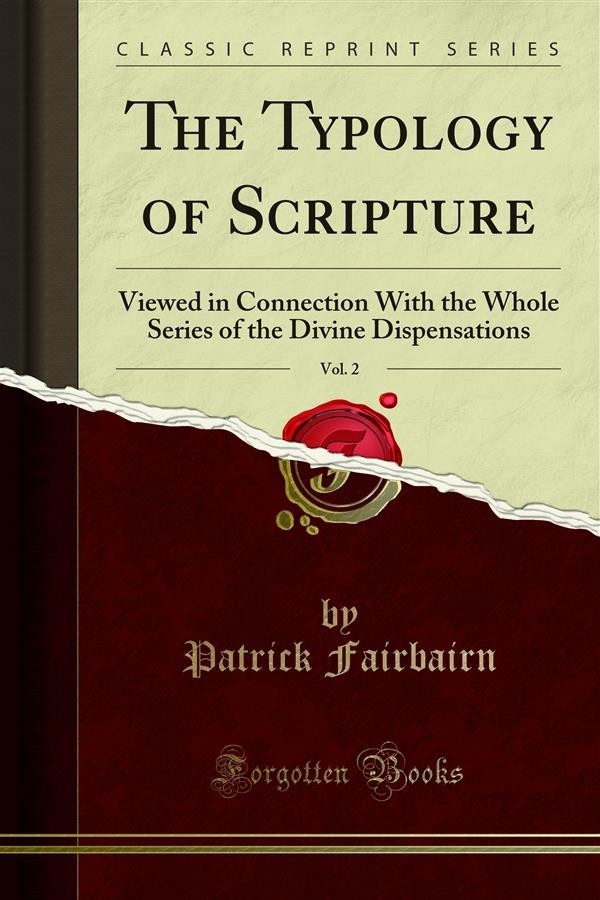 The Typology of Scripture

The history of what is called the Patriarchal religion may be said to terminate with the descent of the children of Israel into Egypt, or at least with the prosperous circumstances which attended the earlier period of their sojourn there; for the things which afterwards befell them in that land, rather belong to the dispensation of Moses. They tended, in various respects, to prepare the way for this new dispensation, more especially by furnishing the facts in which its fundamental ideas were to be embodied, and on which its institutions were to be based. The true religion, as formerly noticed, has ever distinguished itself from impostures, by being founded on great facts, which, by bringing prominently out the character of God's purposes and government, provide the essential elements of the religion. He prescribes to His people. This characteristic of the true religion, like every other, received its highest manifestation in the Gospel of Christ, where every distinctive element of truth and duty is made to grow out of the facts of His eventful history.