The Days That Are No More 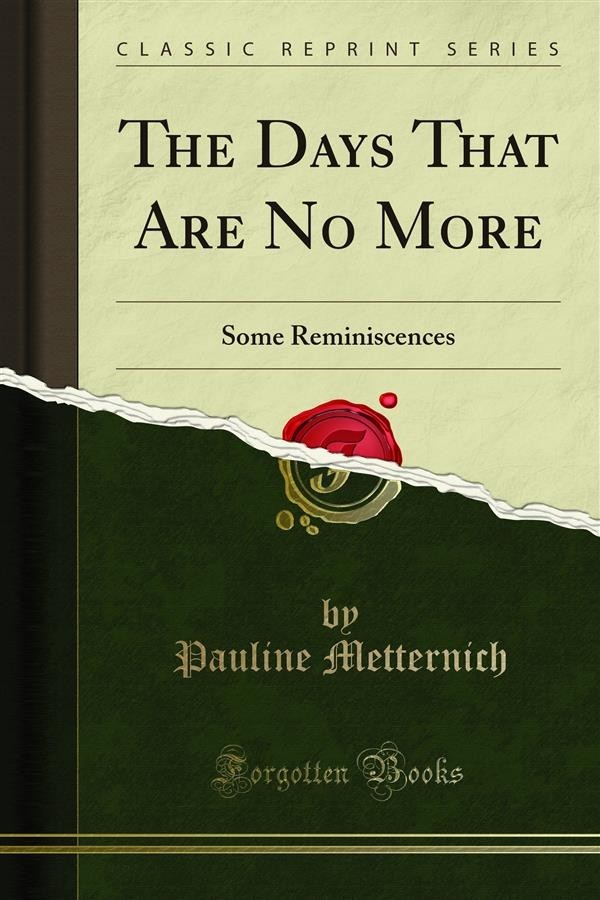 The Days That Are No More

Princess Metternich found at Paris the aristocratic world that She had left at Vienna. She had passed from one cosmopolitan atmo sphere only to enter into a Similar one, the Empress Eugénie's Court being largely com posed Of foreigners from all quarters of the globe. Russians, English, and Americans mingled with Spaniards and Italians, a few Germans, and some Mexicans, Of whom Mme. Erazzua was the most prominent. Hence the celebrated Five Quarters of the World ball was given. I had the advantage of hearing much about that entertainment from a lady who (with her sister, Miss Carter) was present at it — Mrs. Ronalds, who died only a few years ago. Her sister represented America in the tableaux, and Mrs. Ronalds had preserved illustrations of the scene pub lished by the Paris papers of the period.