Reminiscences of Saratoga and Ballston 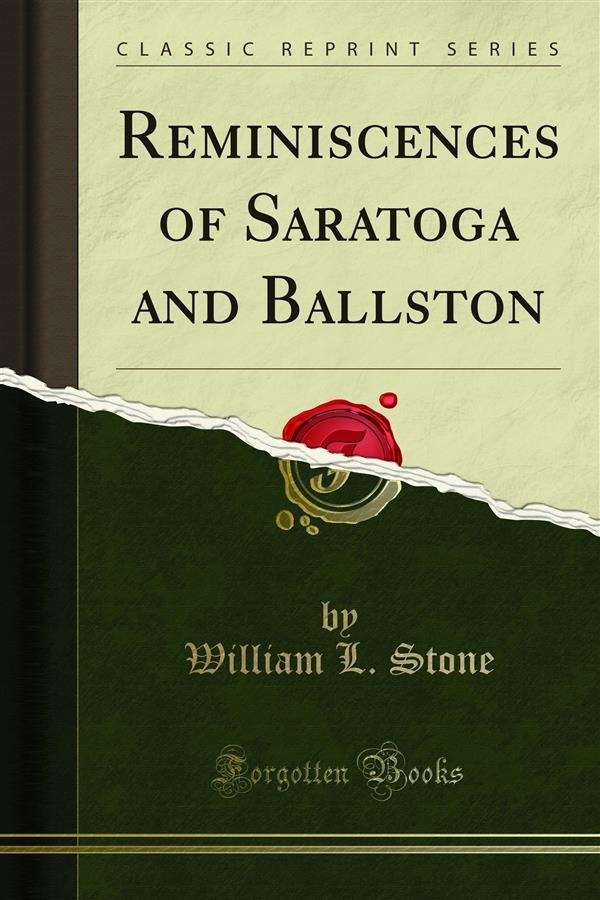 Reminiscences of Saratoga and Ballston

The circumstances that led to the preparation of the following sketches, which appeared originally in the Daily Saratogian, cannot perhaps be better stated than by quoting an extract from the first article of the series in that paper, under date of June 10, 1874:<br><br>"I have been frequently requested to prepare a series of sketches of 'Saratoga in ye Olden Time by people who have been kind enough to say that, from my having been acquainted from boyhood with many octogenarians who have now passed away, I could give a number of reminiscences gathered from those sources, which must prove of peculiar interest to the present generation of Saratogians. This may or may not be so. At any rate, I now purpose to write a series of weekly sketches, extending perhaps through six months, in which I shall endeavor to recall the interesting memories that cluster around the name of Saratoga.