Some Further Recollections of a Happy Life 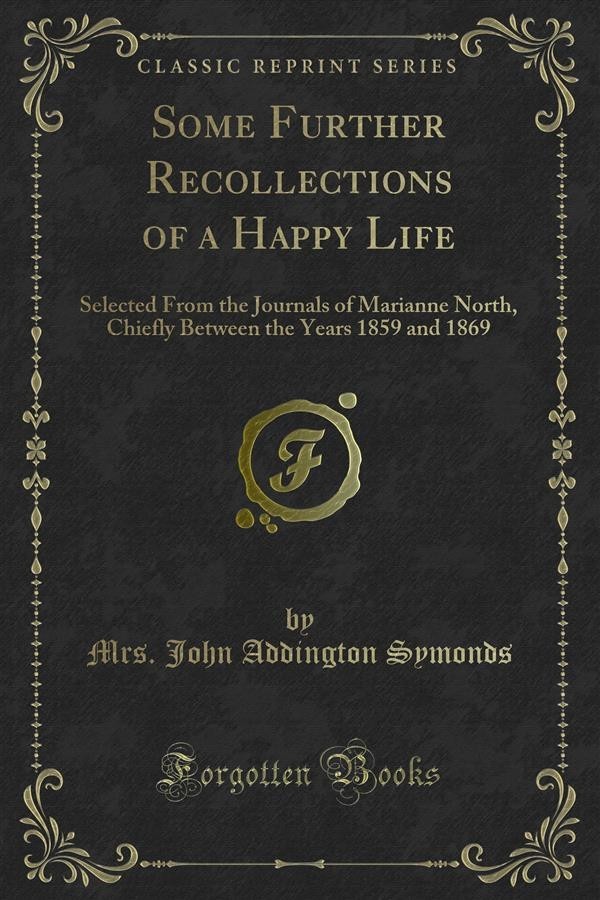 Some Further Recollections of a Happy Life

When published the former volumes of my sister's autobiography, it was thought wiser to cut out some of the earlier chapters describing well-known ground, in order to make room for those more distant journeys by which her name has become known to the world.<br><br>But the unexpected success which that book met with induces me now to add (in a supplementary volume) those first European journeys, with one through Egypt and Syria, - all well-trodden ground nowadays, but which thirty years ago afforded more interesting though rather more fatiguing experiences. Railways and Cook's steamers had not then, in Spain and on the Nile, quite supplanted the leisurely methods of more primitive travel. So these experiences of the past have perhaps a certain value of their own. The jogging caravan of mules is now, almost everywhere, a thing of the past, so is the old Spanish diligence with its twelve wild horses.