The Life and Saying of Sam P. Jones 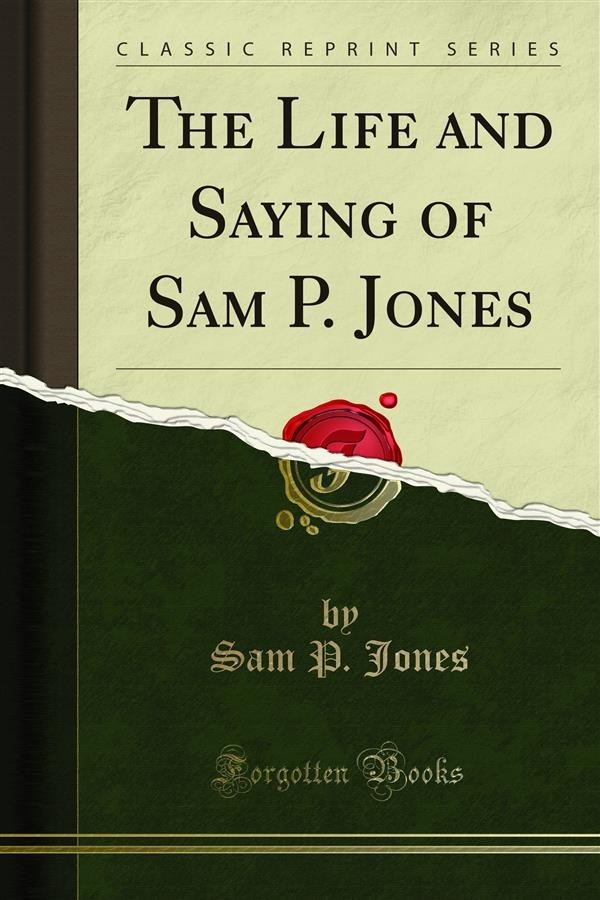 The Life and Saying of Sam P. Jones

During the last meeting that Mr. Jones conducted, which was at Oklahoma City, he suggested in conversation with me that he and I should set apart the approaching month of December for the purpose of getting together the material for a book containing the story of his life and work. It was Mr. Jones's wish that we write the book, and he requested Rev. Walt Holcomb, who was associated with him in evangelistic work, to spend December in our home and assist us. Our plans were made to do as he had suggested. But in the Providence of God, Mr. Jones was called to his reward; and Mr. Holcomb and I are left to carry out his plans. Acting upon the advice of friends, we began the manuscript as early as my strength would permit, and we have followed out in the preparation of this book what we believe would have been his wishes could he have spoken to us.