Ireland: Elements of Her Early Story 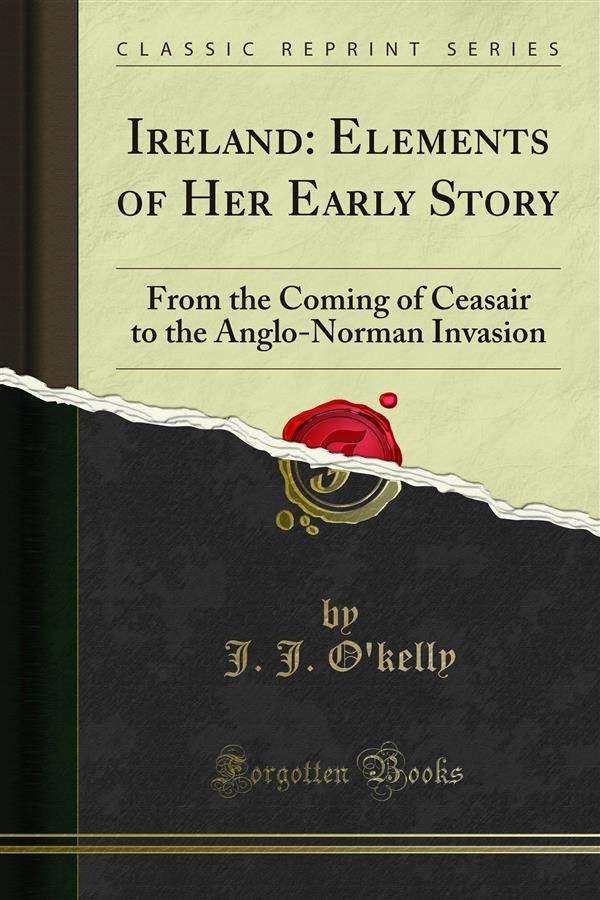 Ireland: Elements of Her Early Story

Since the coming of the faith, as previously, the succession to the throne was, in no small degree, determined by the sword. From the time of Laoghaire to that of Niall Frasach who ended his days in Iona the number of kings who died natural deaths is almost negligible. Apart from Lughaidh, son of Laoghaire, killed by lightning, Keating has record only of Muircheartach grandson of Lodharn king of Alba who died; Diarmuid and Blathmhac who both succumbed to the Buidhe Chonaill, having expelled Mochuda from Rathain ; Loingseach who died after a reign of eight years; Flaithbheartach who, having reigned seven years, passed away at Ard Macha, and Domhnall who died after a reign of forty-two years.<br><br>During the same period we read of Aonghus king of Munster and his wife, killed at the battle of Ceall Osnadh in Carlow; Tuathal Maolgharbh killed by Maol Mor ;kings of Leinster and Connacht slain; Diarmuid mac Fearghusa slain at Rath Beag and his head brought to Cluain mic Nois ;the king of Connacht and his brother slain also, and the bloody battle of Cul Dreimhne fought. Later, Aodh Slaine was slain by Conall; Aodh Uairiodnach "of the cold pangs" and his successor Maolchobha both killed in battle; Suibhne Meann slain by Conghal Claon ;Conall Caol and Ceallach, who for thirteen years held the joint sovereignty, both slain; Seachnasach slain, too, after a reign of six years; Ceannfhaolaidh, after a reign of four years, slain, likewise, by his successor, and Fionnachta Fleadhach, slain by Aodh at Greallach Doluidh, after a reign of seven years.<br><br>After this, Congal, having burned Kildare, church and district, met with a sudden and instant death; Fearghal, in whose reign Neachtain expelled the monks of lona for animadverting on his vices, fell in battle. Foghartach was slain, after a year on the throne, as was Cionaoth, in whose reign of four years the relics of Adhamhnan were brought to Ireland. There is record, at this juncture, of a battle at Murbolg between the Dal Riada and the Picts or Cruithnigh, and, according to Bede, a further battle, at Drom Dearg, between the two kings of the Cruithnigh for the mastery of Scotland. The fighting in Scotland was continued into the reign of Aodh Ollan, when the Dal Riada were defeated by Aonghus king of the Picts, who burned Dun Creige and seized and imprisoned two sons of the king of the Dal Riada. In the course of Aodh Ollan sreign of nine years Munster won the battle of Bealach Feile over Leinster; and in a battle between the high-king himself and Aodh, king of Leinster, the latter fell with many nobles and nine thousand followers.