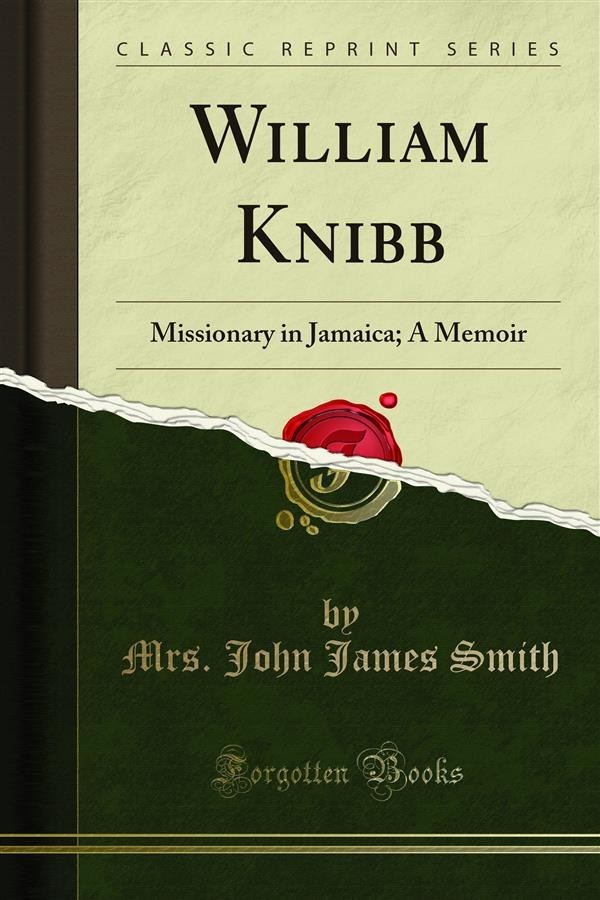 Since the proof sheets of this little book have come from the printer the writer's attention has been called to the funeral sermon preached by the Rev. John Aldis in Maze Pond Chapel on the occasion of Mr. Knibb's death (November, 1845). A few sentences quoted from it will, perhaps, form a better preface than any other.<br><br>"A little more than one-and-twenty years ago you might have seen a young man, accompanied by his wife, going on board a ship. He leaves for a distant island, to be a schoolmaster, perhaps an assistant preacher of the Gospel, to ignorant and wretched slaves. A few friends attend him, who regret his departure, and hope he may be useful in the humblest rank of missionary labourers. At home, a widowed mother commends him to God, saying in spirit, 'I had rather he died on his passage than disgrace religion.' To his countrymen his enterprise is unknown or contemptible. Of his own denomination but few have ever heard his name. Unknown, uncared for, he departs unnoticed, as the single leaf falls in the forest. A few weeks ago he was carried to his grave. Wise and good men, from the distance of many miles, were gathered to that solemnity. Ministers of different denominations officiated at it. Magistrates, men of wealth and station, were there as mourning a public calamity. Eight thousand of the grateful poor hung about that procession.