History and Genius of the Heidelberg Catechism 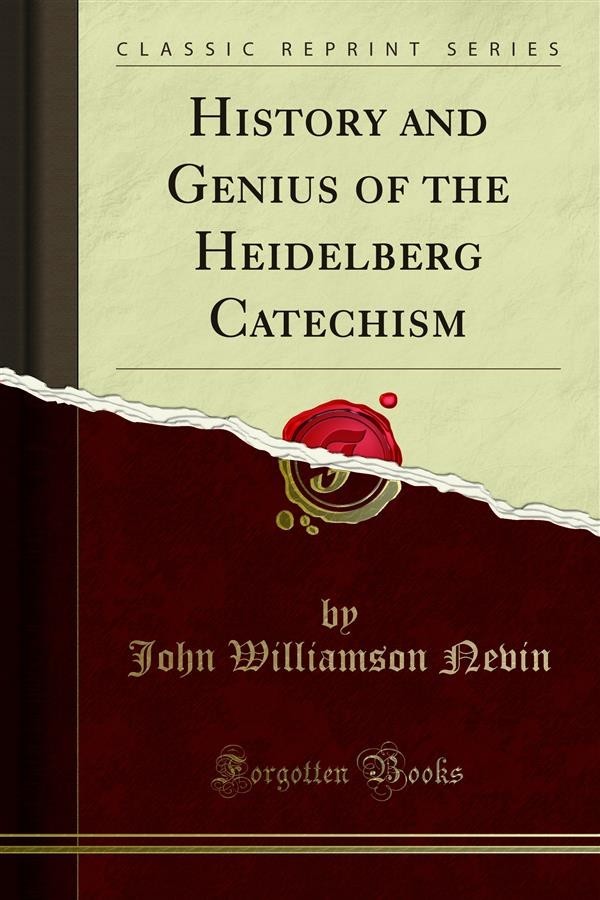 History and Genius of the Heidelberg Catechism

The small work here offered to the public owes its origin, in some measure, to the latter portion of a series of Essays, which appeared during the years 1841 and 1842, in the Weekly Messenger, under the general caption of the Heidelberg Catechism. The publication was called forth by the occasion of the late Centenary of the German Reformed Church in this country; and was designed, to serve the object of that celebration, in the way of bringing home to the consciousness of the Church, in popular form, an imperfect sketch at least of her own history and constitution, as unfolded in Europe first and afterwards on this side of the Atlantic. There was an earnest call at the time for the whole, in the form of a separate volume. It has been judged best not to comply with this request; but it seemed important, at the same time, to throw into a more permanent form so much at least of the articles in question as had respect to the direct history of the Catechism itself.