The Owl and the Nightingale 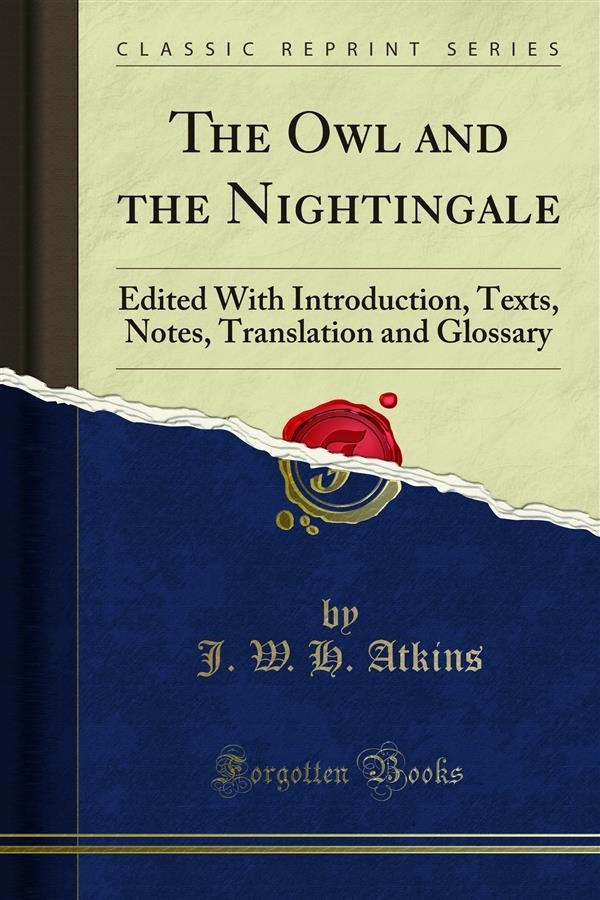 The Owl and the Nightingale

This edition of The Owl and the Nightingale is mainly based upon the work submitted as a Fellowship dissertation at St John's College, Cambridge, some years ago, and since laid aside for various reasons. In the meantime the poem has received considerable attention, more especially at the hands of American and German scholars. Useful editions have appeared by Wells and Gadow: further light has from time to time been thrown upon dark places in the text: and altogether it may safely be said that the poem to-day is better understood than ever. But it is equally true to say that much remains to be done. There are many "desperate" places in the texts awaiting solution, besides difficulties connected with almost every aspect of the work: and it is in the hope of clearing up some of these difficulties that the present edition has at length been undertaken.<br><br>As to the methods employed in this edition, it may at once be said that the main effort has been concentrated upon providing a reliable text: and here the accurate work of Wells has been of considerable assistance, though, it must also be added, both MSS. have been carefully and independently examined. Thus the two versions have been given as the simplest way of providing all the available data: the texts are represented substantially as they stand: all departures from the Ms. readings have been carefully noted: while the emended forms have been indicated by being placed in square brackets. As for the emendations themselves, they are concerned for the most part with the C. text, as being the earlier and more conservative of the two copies: but while this C. text thus becomes the main subject of study, the J. version will be found useful for purposes of collation and comparison.