The Social Doctrine of the Sermon on the Mount 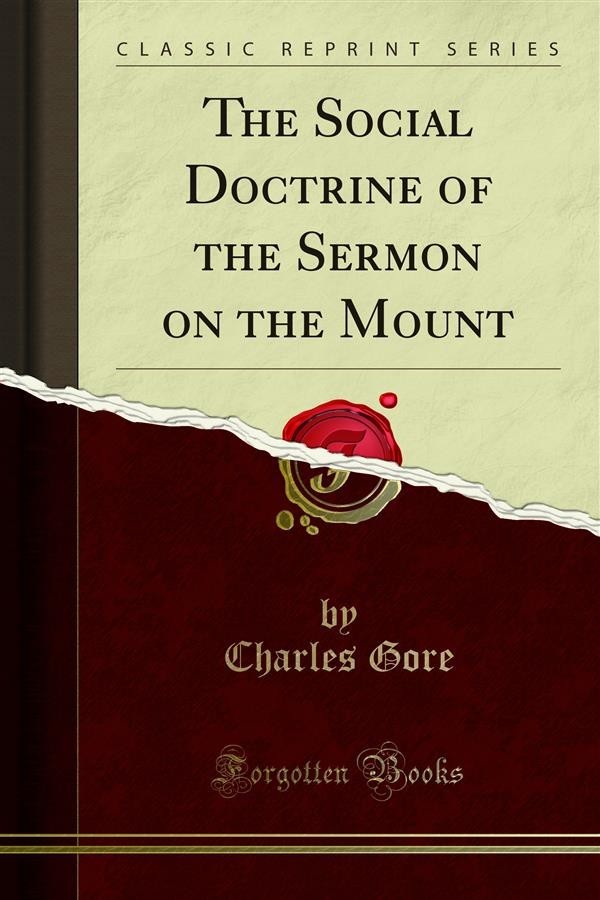 The Social Doctrine of the Sermon on the Mount

Man, then, is social and individual. And a man on the way of redemption, a believer in Christ, is an indi vidual member of a great society, or kingdom, — the Catholic Church; under the authority of the Church with its powers of legislation and discipline — its power of the keys, its authority to bind and loose,-but not tinder its authority in an arbitrary sense; because its authority extends only to applying the law of its Master, whom the man's own conscience has recognized and adored, and who Himself exhibited so careful a respect for human individuality. I am concerned now, not with the wide subject of Christian authority and liberty, but with a particular form of Christian authority, namely, the authority which the Church ought to exercise in matters of social morality and that, with special reference to the Sermon on the Mount considered as supplying the fundamental moral law of our Lord's kingdom.