Notes on Epistles of St. Paul 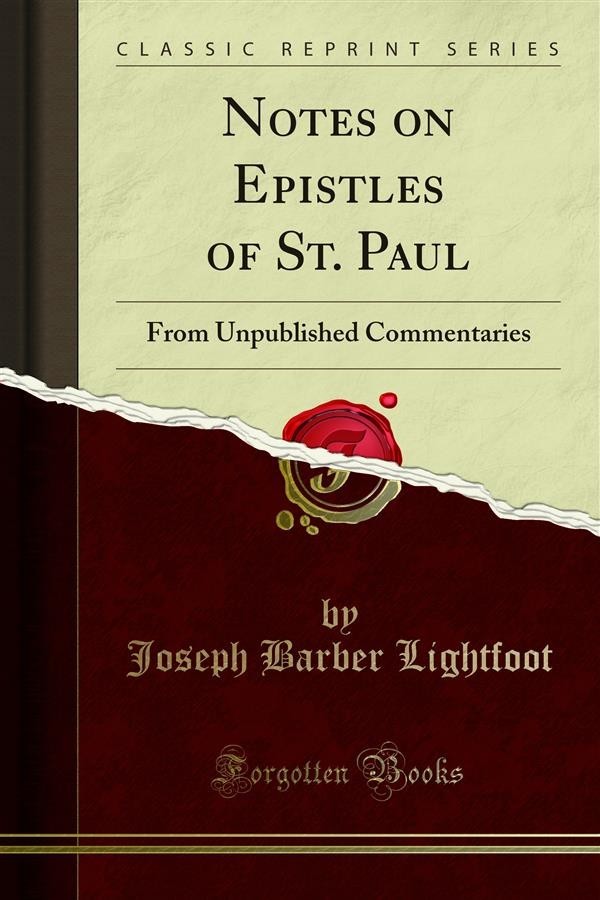 Notes on Epistles of St. Paul

The present work represents the fulfillment of the undertaking announced in the preface to 'Biblical Essays' a year and a half ago. As that volume consisted of introductory essays upon New Testament subjects, so this comprises such of Dr Lightfoot's notes on the text as in the opinion of the Trustees of the Lightfoot Fund are sufficiently complete to justify publication. However, unlike 'Biblical Essays,' of which a considerable part had already been given to the world, this volume, as its title-page indicates, consists entirely of unpublished matter. It aims at reproducing, wherever possible, the courses of lectures delivered at Cambridge by Dr Lightfoot upon those Pauline Epistles which he did not live to edit in the form of complete commentaries. His method of trusting to his memory in framing sentences in the lecture room has been alluded to already in the preface to the previous volume. But here again the Editor's difficulty has been considerably lessened by the kindness of friends who were present at the lectures and have placed their notebooks at the disposal of the Trustees.