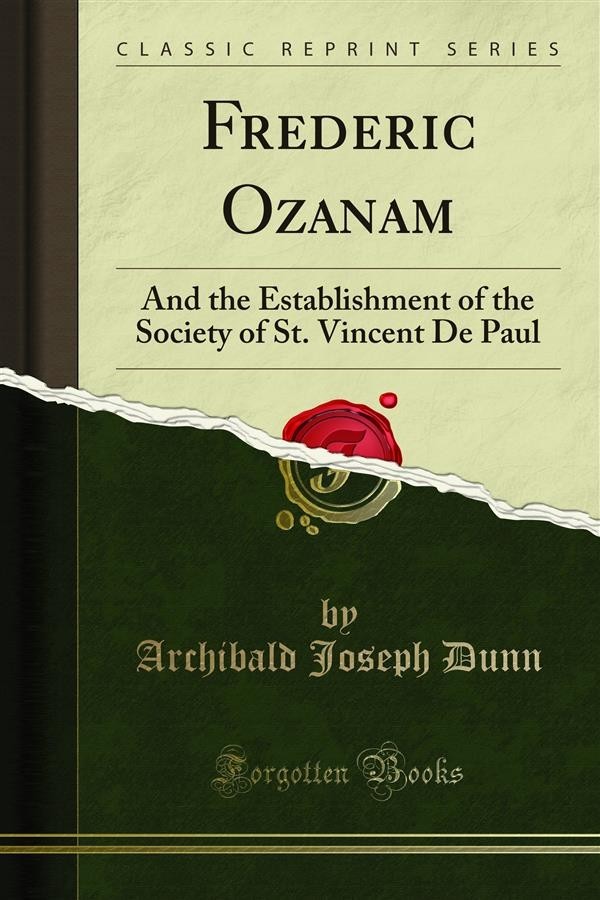 The life of Antoine Frederic Ozanam, as given in the following pages, was written by me in 1877, and published in that year. I derived the information contained in it from my friend, George Jonas Wigley, who was a favourite pupil of Ozanam sand his constant correspondent until his death.<br><br>Thus, although I had not the advantage of having known Ozanam personally, I always kept in touch with him and his ideas through Wigley, and upon these I have based my theory as to the scope of the Society of St. Vincent de Paul as an international agency to direct the future of emigrants to Catholic centres.<br><br>I am indebted to the Catholic Times for permission to publish their report of the Centenary Meeting at Manchester, and to the editor of the Bulletin for the report of that in Paris.