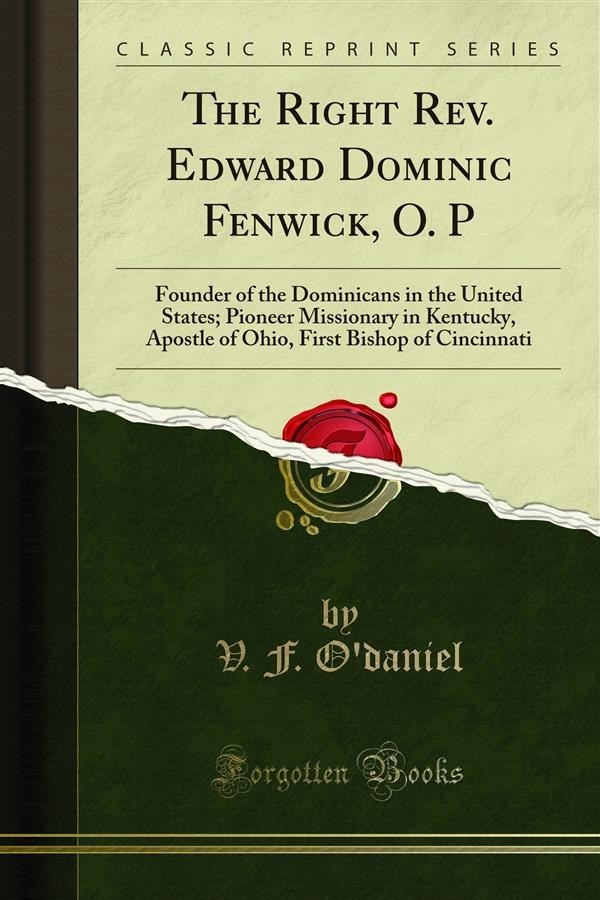 The general reader, as a rule, has but an imperfect conception of the endless labor and painstaking care involved in a book of the character of the one which we now present to the public. We venture to believe, however, that a few chapters will suffice to show the historian the delving, the toil, the study, the time and the patience demanded in its preparation. The difficulty of the task was augmented by the fact that the work is a pioneer in its field, while investigation proved that the little that had hitherto been written about Bishop Edward D. Fenwick is replete with error. For this reason, no time, no labor nor pains were spared to make this biography of Ohio's apostle accurate and reliable in every detail. Ever and always, the author has sought to base his narrative on bed-rock, drawing the history of the friar prelate from only first-hand sources. The footnotes show but few instances in which he failed to accomplish this. Documents, however, especially if they are litigious or written with a view to gain a point, cannot always be taken at their face-value. For this reason, all documents were carefully studied in order to detect what was alloy of bias and prejudice, and what genuine historic truth. Because he was the founder of the Dominicans in the United States, and twice their superior, Bishop Fenwick's life is intimately and inseparably connected with the early history of that Order in the country, no less than with that of the Church in Kentucky, Ohio and Michigan.