Treasury of the Scottish Covenant 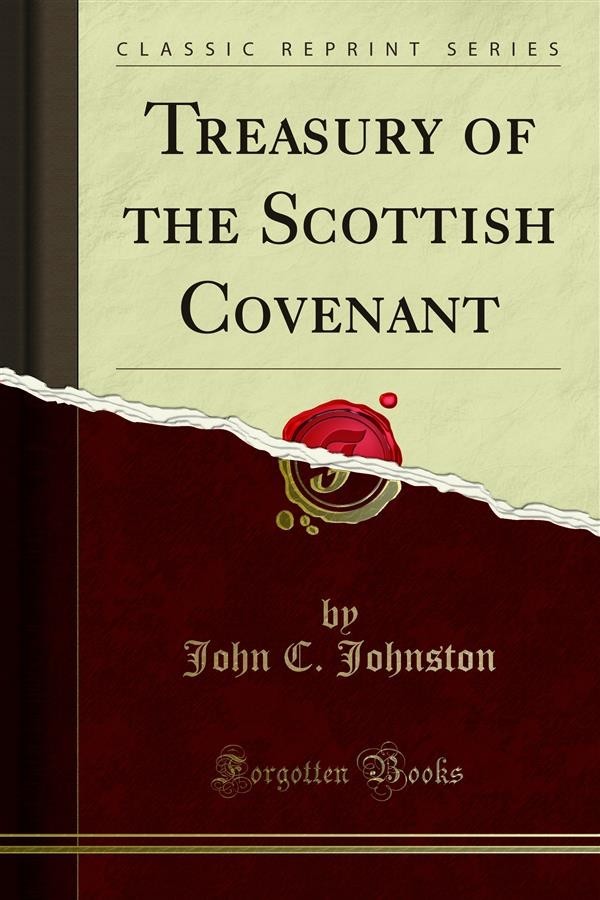 Treasury of the Scottish Covenant

Many of the documents here given at length, it is true, — much of the literature connected with the Covenant can only be regarded now in the light of curiosity, — can be preserved only as the pot of manna, which was laid up before the Lord, or like the sword of Goliath, as a trophy of the victory gained over the Philistines. But the thoughtful observer will perceive that our boasted liberties have been secured in part by the aid of humble instrumentality of a literary kind as really as by such heavy artillery as Lex Rex, Gillespie's Dispute, or the Informatory Vindication. Some of the documents, however, — indeed all of them, bear to be read in the light of the nineteenth century, and very specially as the two hundredth anniversary of the glorious Revolution approaches. Not that the writer is one of those who imagine that Scotland has been lying under a curse for the space of two hundred years, — who maintain that nothing will be right politically or religiously till we return as a nation to every iota of the Covenant and to every mode of action set in operation by our forefathers. The truth is that the Covenant, pure and simple, is as little adapted to the present age as the lamps and pitchers whereby God delivered the Midianites into the hands of Gideon would be found adapted to modern warfare. These were the right weapons in an age long bygone, when the cry was The sword of the Lord and of Gideon. And the Scottish Covenant, with its watchword also, has been an instrumentality as manifestly owned and blessed of God in times less ancient. We are now, however, in advance of the Covenant and were the Covenanters to rise out of their graves at this moment we feel convinced they would have no compunction in regarding as laggards such individuals as they chanced to find clinging unreasonably to the past, vainly endea vouring to stereotype any particular age, however good. On the other hand we feel assured they would search out the men of Issachar, to whatever Church they belonged men that had understanding of the times to know what Israel ought to do.