A Short History of the Oxford Movement 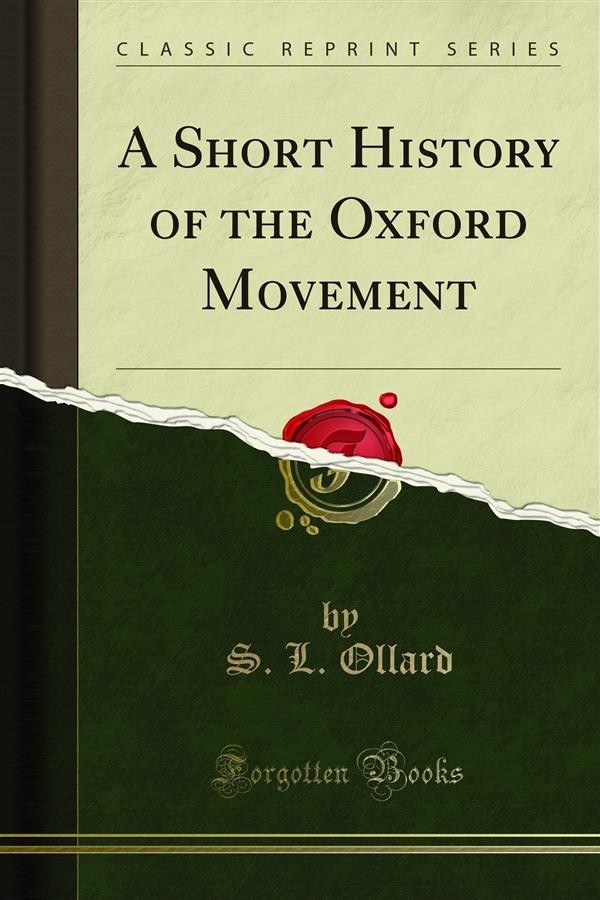 A Short History of the Oxford Movement

This book is in part based upon four lectures which were given to the S. Paul's Lecture Society in the crypt of S. Paul's Cathedral in January, 1909, and which were afterwards printed. It owes something also to two lectures given in the Examination Schools at Oxford to the Summer School of Clergy on July 14 and 15, 1914, at the invitation of the Regius Professor of Divinity, Dr. H. S. Holland; while the chapter on the Ceremonial Revival is a very complete re-casting of a paper read before the Guildford Clerical Society on December 8, 1914. I have had the advantage of consulting in past years the Ms. Collections of the late Dr. J. R. Bloxam in the Library of Magdalen College, Oxford, and the collection of papers made by the late W. J. Copeland for his contemplated History of the Oxford Movement, which was never written, a collection which has been lent to me by his niece, Mrs. Copeland-Borlase. My debts to various printed works I have tried to acknowledge in the footnotes to the text.