The Women of Methodism 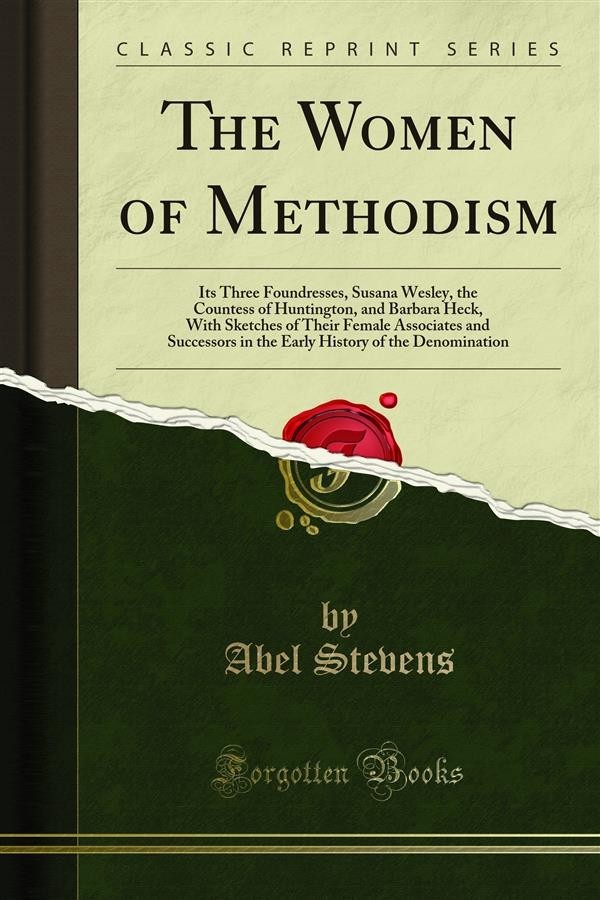 The Women of Methodism

To Mes. Bishop Hamline And<br>Miss Francis E. Willard.<br><br>Ladies: In submitting to you the volume which the "American Methodist Ladies Centenary Association" has, through you, as their president and secretary, requested me to write, an apologetic remark is due to both the public and myself. A good authority has said that "no man can do anything thoroughly in literature or art unless he rides it as a hobby." Hobbyism in literature is, however, particularly obnoxious to criticism, to popular criticism at least, especially if it inflicts on the public a multiplication of books of substantially the same subject. If I incur this risk I cannot blame myself. In my historic writings on Methodism I have contemplated but two tasks; having concluded the first of these attempts, and issued two volumes of the second, I had hoped to complete the latter before the present date, and then turn to quite other labors. But the command of the Centenary Committee, to prepare its "Centenary Book," could not be disobeyed. This centenary volume had hardly been published before your command also reached me, and here is my response. So important is this centenary occasion of Methodism, so capable and promising of transcendent results, not only to the Church, but to the religious welfare of the country generally, that I have felt compelled by my conscience to respond to your call.<br><br>The preparation of this small volume has deeply interested me. My previous historical studies of earl Methodism have convinced me that no other modern, perhaps no ancient, section of the Church possessed richer materials for the illustration of female piety and agency in religion than Methodism.