The Medieval Church in Scotland 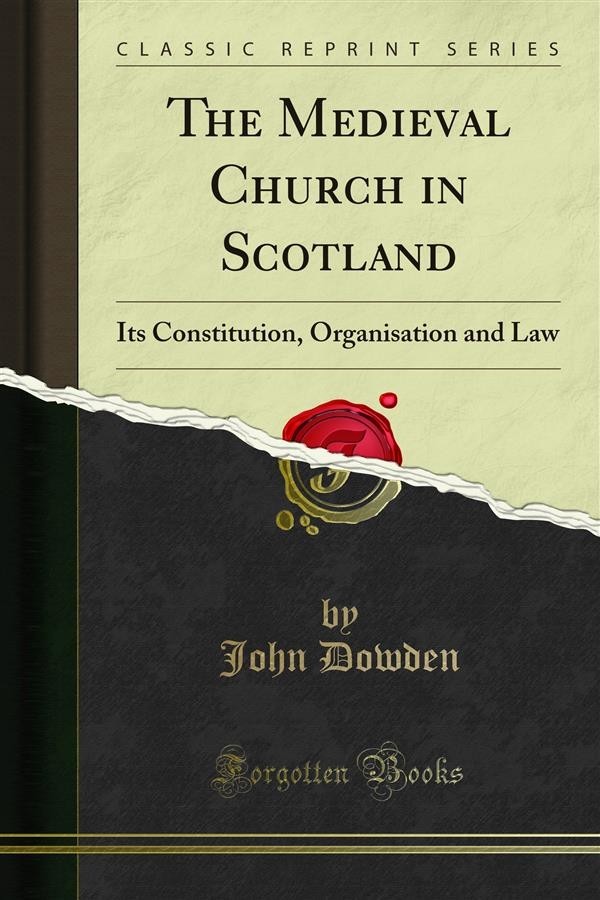 The Medieval Church in Scotland

My father was born on the 29th of June, 1840, in Cork, where his father, John Wheeler Dowden, a man well known and much respected for his kindness of heart and generous help in all good works, was a linen merchant in the city. Much has been said of the Irish qualities of my father, but in reality the Dowdens have no claim to Irish blood. The name is an English one, and can be found among the English settlers whom the great Earl of Cork brought over in the seventeenth century from the south of England, and who formed a small colony in the country town of Bandon, not far from Cork. It was a little walled town which boasted strong Protestant sentiments and had over its gates this inscription:<br><br>'Jew, Turk, Infidel, or Atheist,<br>May enter here, but not a Papist.'<br><br>It was from Bandon that my father's ancestors came.