Saint Patrick, Apostle of Ireland in the Third Century 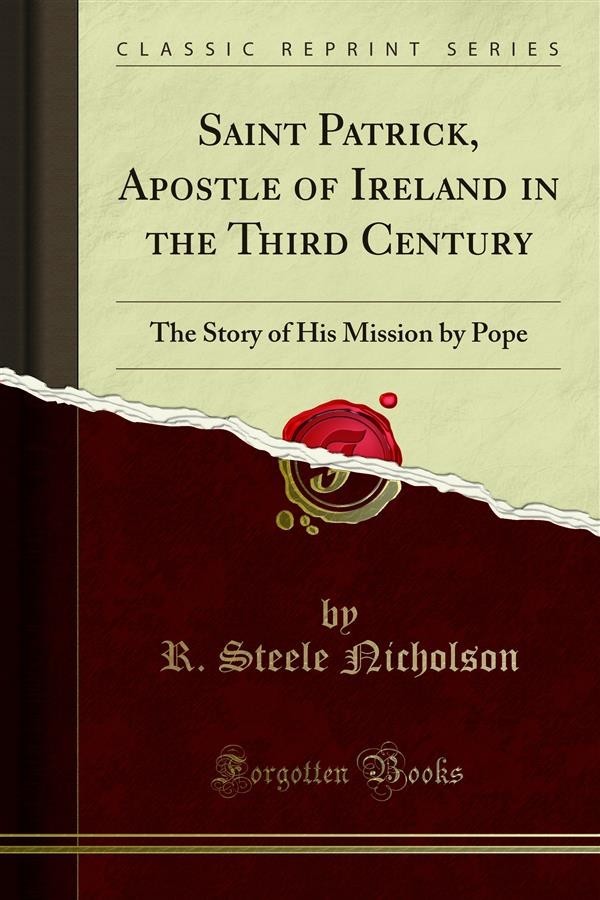 Saint Patrick, Apostle of Ireland in the Third Century

The history and antiquities of Ireland have of late years attracted an unusual amount of attention: of that history, the introduction of Christianity must always form the most important portion; and, connected with the introduction of Christianity, St. Patrick must always occupy the most prominent position, and whatever relates to him will always form a most interesting study.<br><br>The history of the Saint is wrapped in so much mystery, and is surrounded by such a dense mist of fable and falsehood, that any attempt to dispel that mist, and to introduce the light emanating from a better acquaintance with the ancient records of Ireland - which, thanks to the learned men of the present day, are now open to every one - should be regarded as praiseworthy service in the cause of historical truth.<br><br>The numerous lives of the Saint written in the eight century (we have no account of any of an earlier date, excepting one called the "Hymn of Fiech," supposed to have been written in the sixth century) were so full of fable and fiction, that they could only be regarded as mere legends. The learned historian Gibbon says, "The sixty-six lives of St. Patrick which were extant in the ninth century must have contained as many thousand lies."